Corporate 'purpose' emerges as attraction and engagement factor, according to global survey of 4,000 staff 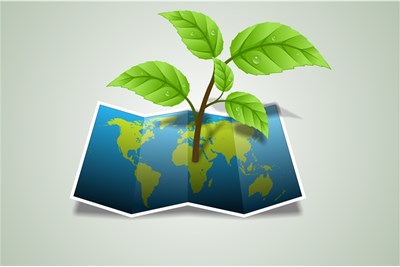 A report by global brand consultancy Calling Brands has revealed a "dramatic shift" in employee attitudes towards work – with corporate ‘purpose’ emerging as a powerful new driver of attraction, retention and productivity that few businesses are leveraging.

As a result the consultancy has urged business leaders to rethink the conventional approach to employee engagement in response to a surge in demand for purpose at work.

After pay, purpose has been revealed as the second most important reason people are attracted to work for, and stay loyal to, an organisation.

According to Crunch Time: The Power of Purpose, working for an organisation with a clearly defined purpose - an underlying ethos that goes beyond commercial and operational goals - ranks ahead of other factors such as level of responsibility in a job and even career progression.

This reveals a fundamental shift in the relationship between employees and the businesses they work for.

The report is the first to investigate the impact of corporate purpose on employee attitudes. It includes interviews conducted by Calling Brands with HR and communications chiefs from multinational organisations including Unilever, Time Warner, Bupa, Santander and Experian. The consensus among the interviewees was that employees now seek greater and deeper fulfilment fromtheir working lives, but that many organisations have yet to respond this recent shift in attitude.

Additionally, an international poll was conducted by YouGov surveying 4,202 people in the UK, Germany and US about their attitudes to Purpose at work.

Respondents were asked to rank in order of importance workplace culture, purpose of the organisation, level of responsibility in their role, pay andbenefits and opportunity for promotion.

The survey also revealed that, on average, 57% of respondents (64% Germany, 58% US, 48% UK) said they would favour joining an organisation that has a clearly defined purpose.

Furthermore, an average of 65% of respondents claimed that purpose would motivate them to go the 'extra mile' in their jobs and 64% claimed it would engender a greater sense of loyalty towards the organisation they work for.

Calling Brands found that purpose is also a key driver of effort and loyalty in existing staff members, as people are willing to work harder andstick with a business longer if they see Purpose in action.

Brook Calverley, senior consultant at Calling Brands, said: "The importance placed on Purpose is a significant discovery considering how little attention business leaders have given to it until now. Our report demonstrates that Purpose matters for organisations today and is becoming acritical factor in attracting and keeping talent. What is also clear from our study is that this is no longer an HR issue: it is a board issue.

"Ultimately, people want to work for a good business; they are ready to believe that their employer has a positive role in society because this in turn reinforces positive self-image. What ourreport highlights is that now is the time for employers to have - and communicate - a strong sense of Purpose. Those businesses that do will enjoy a huge commercial advantage over their competitors, driven by the superior performance of recruitment, retention and engagement of the best talent, and the attendant innovation and productivity this brings."