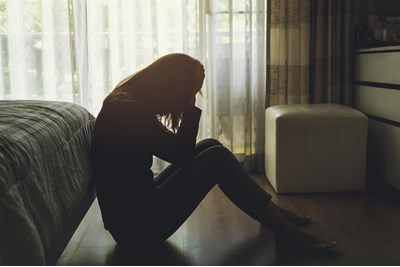 Furlough and unemployment are having a significant negative impact on the mental health of 18 to 24-year olds, says new analysis from the Health Foundation.

A third of 18 to 24-year olds have been furloughed or made redundant as a result of the pandemic, according to a joint Resolution Foundation and Health Foundation report in May. This is compared with over one sixth of all working-age adults.

Kristofer Karsten, head of HR Ceridian, also suggested that the ongoing “infodemic” that has accompanied coronavirus could be impacting people’s mental health.

He said: “The overall abundance of information makes it difficult for people to find trustworthy sources and reliable guidance when they need it most. At times like these, we as employers have to show that element of humanness to truly listen to people and have compassion.”

“As an organisation, we are taking a holistic view on workforce health – mental, physical, financial, social and career – and leveraging technology to build a culture of wellness.

“Companies and their leaders, whether in role or spirit, have a responsibility to create an environment that champions and supports mental health – for all generations of the workforce.”

To lessen the impact the economic downturn is having on young peoples’ mental health specifically, report authors said that the prevention of short-term income loss would be critical.

Stakeholders should also build on the government’s support schemes and ensure that high-quality work is made available to this age group, they said.

Water company Severn Trent is one employer that has already started to make changes to help support those disproportionately impacted by the pandemic.


Group HR director Neil Morrison told HR magazine: “As a major regional employer we have a responsibility to support our communities through the creation of high-quality job opportunities for young people and particularly through apprenticeships, which is why we’ve increased our intake this year.

“Employers should take every opportunity to support the government schemes and open up these opportunities as widely as possible. Access to good work, training and opportunity is fundamental to supporting young people and their mental health and wellbeing.”

Further reading on young employees and mental health in the pandemic:

Two fifths (40%) of 18 to 24-year-olds in the report said they expect their work hours to be reduced in the future, a much more pessimistic outlook than the 25% of those aged 25 and over who agreed.

For Maja Gustafsson, researcher at the Resolution Foundation, which contributed to the report, the impact on career prospects is the biggest risk to young people.

She said: “The government has taken welcome steps towards minimising this risk, with schemes such as the £2 billion Kickstart scheme that could potentially provide temporary work for around 350,000 young people. And one silver lining from the exam results fiasco has been the increasing number of people who are now staying on in education, rather than entering a crisis-hit jobs market.

“But further action is still needed, such as extending support for hard-hit sectors like hospitality and leisure, which employ a disproportionate share of young people.

“HR leaders must work with policymakers to build on these existing support schemes and continue to minimise the impact this crisis is having on young workers.”

The report also found lockdown had a disproportionate effect on people from poorer households and ethnic minority groups.

Eight per cent of 18 to 24-year-olds from houses with low income reported having lost their job or their hours reduced since the outbreak, compared with 6.8% and 6.2% of those from medium- and high-income homes respectively.

Nearly 14% (13.9%) of young people from ethnic minority backgrounds reported no longer working or having had their hours cut since lockdown compared with 6.7% of white 18 to 24-year-olds.

The Health Foundation’s report Generation COVID-19: Building the case to protect young people’s future health is based on YouGov a survey of over 6,000 adults designed by the Resolution Foundation.