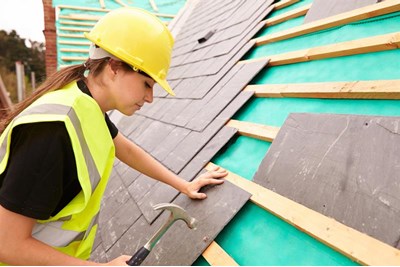 Sexism, outdated attitudes and companies not doing enough to attract women are holding progress back

Businesses need to do more to tackle gender inequality and sexism in the construction industry, according to a report from the Royal Institution of Chartered Surveyors (RICS).

The survey of 1,000 people found that nearly a third (30%) of women cite a fear of sexism as holding them back from pursuing senior roles in construction. Four in 10 (39%) of those polled said that companies are not doing enough to attract women into the sector.

Outdated attitudes are also an issue; 35% of workers believed men were better-suited for the skillset needed in construction. This attitude was more prevalent among male workers, with 38% stating their skills were more suitable than those of female colleagues.

However, respondents were overall quite optimistic about the future. Nearly half (46%) thought the gender pay gap will be less than 15% by April 2018, and 12% thought there would be no gap at all by then.

“People often come at diversity from the perspective of it as an issue to be addressed,” he said. “RICS believes it should be approached from the other way round; diversity and an inclusive culture where you feel entirely comfortable being yourself in the workplace has to be embedded as part of your business strategy and DNA, because you cannot afford to not have a diverse workforce today and for the future. Increasingly clients will expect it and to win the war for talent you will need a diversity of visible role models.”

Tompkins highlighted flexible working as a simple step firms could take to achieve greater equality. “In addition to tackling gender stereotyping and investing in training to upskill female colleagues, our findings confirm that flexible working is key, with more than a third of women [35%] identifying more flexible hours as a means to encourage them to stay in the sector,” he said.