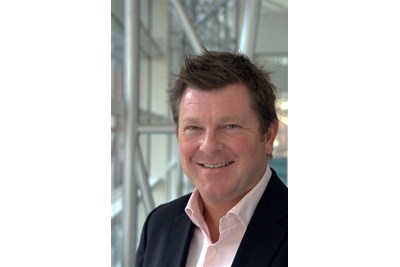 Isn’t it strange how a simple and fairly uncontroversial comment can spark the liveliest of discussions?

In my August column, I said most HR departments are awash with data and quoted Edwina Dunn - co-founder of dunnhumby, the data analytics firm behind Tesco's Clubcard - who had told me "people think having data means they have the insight, but actually the insight is the difficult piece".

Given the pivotal role the CIPD's 'Next Generation HR' project places on an insight-driven approach, a number of HR practitioners subsequently quizzed me on how to make that critical step from data to insight.

I suggested 'nowcasting' (short-term forecasts of six or so hours ahead) might help us to "look at our data in a new and interesting way". That got me thinking about other approaches where we might look at data differently.

A few years ago at Stanford University, computer graphics researcher, professor Pat Hanrahan, and his team realised the key to unlocking the latent potential of data was helping people see the patterns within the numbers. So, in collaboration with psychologists and graphic designers, they set themselves the challenge of understanding how people process visual data and then looked at how a typical Excel spreadsheet could be turned into pictures: pictures which would not only enable the user to present their data in a clear and intuitive way, but also gain deeper insights through a process of 'visual analysis'.

Now, Hanrahan knows a thing or two about turning data into pictures. Indeed, he has been awarded two technical/scientific Oscars for doing so, because the professor was chief architect of Pixar's RenderMan system, which was used to create Toy Story - the first feature film made entirely with computer-generated imagery (CGI). RenderMan is now the industry-standard software for CGI, so it is not surprising the visualisation technology Hanrahan developed was soon seen as state-of-the-art.

As a result, Hanrahan formed a company around the technology, Tableau Software, and spun it out of the university.

Tableau is a powerful - and expensive - tool now used by major corporations such as Microsoft and eBay. However, last year, Hanrahan launched Tableau Public, which is a free online data visualisation service for journalists, academics and - if you want to try it - you, dear reader.

But data visualisation doesn't just have a role to play in interpreting and presenting data in an engaging way, because there is a growing interest in using these techniques as a means of collecting the data in the first place.

And what is exciting is that this is an area where HR is leading the way.

I spoke recently to Michael Silverman of Silverman Research, who has created, with the University of California, a research tool called Opinion Space - and one he is using to revolutionise employee opinion surveys.

This is exciting for two key reasons. First, because an engaging interface will ensure participants are thinking more carefully about their responses. Second, because the peer ranking will ensure the authentic voice of employees is the one that is heard. It is considered responses and authentic voices that will ensure the data we are using to generate insights is of the highest quality.

It is impossible to overstate the importance of insight in the creation of relevant and effective people practices - we all have to rise to Edwina Dunn's challenge and get our data working harder for us. Data visualisation can play an important role in helping us to achieve this and - in the words of Buzz Lightyear from Toy Story - take people practices "to infinity and beyond".