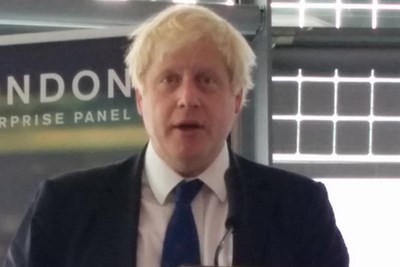 As the Tories record a landmark victory in the polls, the HR community is calling on the government to follow through on its pledges on skills, pay and flexible working

Boris Johnson has led the Conservatives to a "historic" general election win and remains prime minister with a predicted 80-seat Commons majority. The party is on course for its biggest victory since Margaret Thatcher won a third term in 1987.

Johnson described the Tory party's landmark victory as an "earthquake".

Labour leader Jeremy Corbyn confirmed he will resign before another election, after the party faced its worst defeat since 1935. With 649 out of 650 seats declared, Labour lost 59 seats.

Corbyn said he will continue to lead the party during a "period of reflection" as Labour decides the direction it should take next.

"I will discuss with our party to ensure there is a process now of reflection on this result and on the policies that the party will take going forward," he said. “And I will lead the party during that period to ensure that discussion takes place and we move on into the future.”

Liberal Democrat leader Jo Swinson quit with immediate effect just after 6am, after she lost her East Dunbartonshire seat by 149 votes.

Jill Naylor, a partner in the employment and incentives practice at Linklaters, said the Conservatives’ manifesto could see numerous changes to employment law but it remains to be seen whether the party will fulfil its pledges.

“The Conservative manifesto proposed a number of reforms to employment laws and statutory employment rights in the UK – although many of these will require further discussion and consultation on how these reforms will work in practice before changes can be implemented," she said.

Some of the employment-related policy announcements in the manifesto include the creation of a single enforcement body, as recommended in the Taylor Review, ensuring workers have the right to request a more flexible contract.

“There are some encouraging words on flexible working and better rights for parents at work within the manifesto. Policies on guaranteed flexible work are welcome, but as discussion has been building on the issue in recent years, we’re yet to see concrete change in the workplace,” she told HR magazine.

“The past few years have seen seismic shifts in politics and the workplace, and employers must do all they can to listen to their employees and offer the compassion and balance that our profession is known for.”

Wanda Wyporska, executive director of The Equality Trust, told HR magazine that the prime minister must stick to his word on change, as unequal pay is a persistent problem.

"The commitment to change expressed this morning by the prime minister must not ring hollow. There have been too many empty words uttered on the steps of 10 Downing Street about tackling burning injustices," she said.

“A priority for this new government must be to tackle the entrenched inequalities damaging the fabric of our society. We need more action on excessive executive pay, gender pay and bonus gaps, zero-hours contracts and low-paid insecure jobs. The government has committed to the UN Sustainable Development Goals (SDGs) and therefore, to reducing inequality, as SDG 10."

Johnson said the victory means he "will get Brexit done on time by 31 January – no ifs, no buts, not maybe".

Neil Carberry, chief executive of the Recruitment and Employment Confederation (REC), warned that a no-deal Brexit would be “disastrous” for jobs and that the government must now focus on reducing the impact of a skills shortage.

“Boris Johnson’s team must now focus on stability, investment and growth in our economy. Business confidence in the economy is at a low point and job creation is slowing […] a no-deal Brexit would be disastrous for jobs and must not be allowed to happen. The Brexit transition period must now be put into action and a realistic plan put in place for long-term trading arrangements, including for services – a critical part of our economy," he said.

The government must ensure the immigration system it puts in place meets employers' needs.

“The biggest challenge to growth is skills shortages. The nation’s productivity hinges on th4e government’s ability to address this. One huge opportunity is to open up the apprenticeship levy to the millions of people who choose flexible work. But for the sick to be treated, for homes to be built, and for food to be produced the UK also needs an immigration system that meets employers’ needs for skills at all pay levels – not just ‘the brightest and the best'," he said.

“Our message to the incoming government is to work with us to rev up the UK’s jobs machine and make great work happen.”