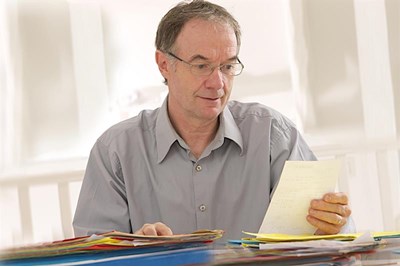 A new survey commissioned by investment firm BlackRock suggests that despite the introduction of auto-enrolment contributions five years ago many British workers will be underprepared for retirement because they are confused about how much they should be saving and are not paying enough into their schemes.

The study found that of 500 UK DC pension scheme savers aged between 30 and 69, 43% had no idea how much they should be putting aside and 70% said they want the government to introduce a compulsory contribution rate as a total percentage of their monthly salary.

Only around 40% knew their current DC pension balance, a third felt they would be able to save enough for a comfortable retirement, and just more than a quarter were saving the minimum required under auto-enrolment.

The firm’s head of UK DC pensions, Claire Finn praised the introduction of auto-enrolment, calling it a “bold and much-needed step” towards a greater savings culture in the UK, but said more needs to be done. “Brits are now largely accountable for their own retirement provision, and our survey shows that those saving into a workplace pension need greater guidance as to how much they need to save if they want to meet their needs in retirement.

“The increase in the contribution rate to 8% in April 2019 is a step in the right direction but could be misinterpreted as the ‘magic number’. We need to help savers understand that even 8% is unlikely to be enough for them to retire comfortably,” she explained.

T-Systems' HRD Jake Attfield said the survey results accurately reflect the picture for many employees, including those at the German ICT business, leading the firm to develop guidance on the matter.

“People feel pensions are too complicated and auto-enrolment hasn’t made it any easier for people who aren’t initiated in the world of pensions to navigate what are essentially just long-term savings plans,” he explained.

“Employees by default look to the employer for guidance on their overall benefits package and they bundle the pension in with that but it is different, it’s not the same as healthcare for example. That’s the bit that I find confuses people the most – they almost ignore it because it isn’t happening now; it’s a problem that’s a long way off.”

Attfield said that commonly people would rather save for a house or cut down on their mortgage payments than increase pension contributions because they want to see an immediate effect.

On the government implementing a compulsory contribution, Attfield said it could be more of a hindrance.

“One size doesn’t fit all. If legislation is introduced it might make the picture more complex because forcing people to contribute certain rates could question the affordability of it, particularly for those at the lower end of the pay scale, which could influence what jobs they take and even things like the living wage discussion. It would require an awful lot of thought. My gut reaction would be that we should focus on education,” he said.

The BlackRock survey also revealed a disconnect between how pension scheme members and their employers feel their schemes should be structured – whether they should focus on simple investment choices or on greater return on investment.

“We believe schemes should instead focus their simplicity on contribution rates and prioritise an optimised default investment,” said Finn.