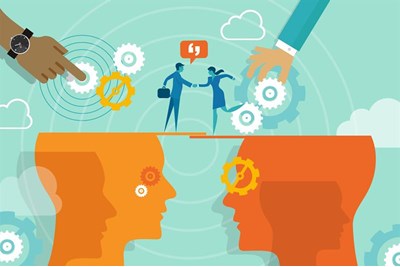 There is a lack of collaboration and co-ordination between finance, HR and the leaders of UK businesses, according to OrgVue research

Just 40% of people in both HR and finance functions reportedly have a collaborative relationship, with only 25% of finance professionals agreeing.

According to the report, 84% of British business leaders, from 400 UK organisations with more than 1,000 employees, agree that better collaboration between finance and HR would improve their ability to plan and execute business strategy.

Kay Neufeld, head of macroeconomics at the Centre for Economics and Business Research (CEBR), suggested this lack of cohesion could be affecting productivity and the UK's economic performance.

“These results show that a lack of co-ordination at the highest levels of businesses is causing unintended consequences," she said. "While this is a significant blind spot, large businesses that look to flip this challenge on its head have the opportunity to increase the country’s overall economic output by 0.5%."

The research also stated that 48% of businesses can say with confidence that they’re able to determine if the right employees are doing the right work. And only 38% have a complete view of how fast they could quickly re-organise, suggesting a lack of agility.

Rupert Morrison, CEO of OrgVue, explained: “Organisations used to be simple structures but now they're hugely complex. You can either ignore that and put your head in the sand or tackle the complexity head on.”

Looking to the future, Morrison added: "Businesses will need to move even faster and be more dynamic" than they are at present.

"That’s why having the agility to capitalise on opportunities by deploying your talent quickly and effectively is absolutely crucial,” he concluded.

The research was commissioned for OrgVue and carried out by Loudhouse and economists at CEBR.