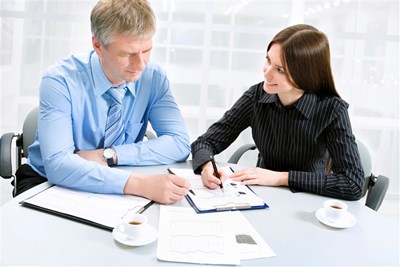 Coaching and feedback make staff feel more positive about performance management, but HR is missing out on the gains.

However, despite this positive link, BlessingWhite leadership development consultant Kristen Bakalar said offering feedback throughout the year was “the exception rather than the rule”.

According to the research, only 55% of respondents receive regular feedback or performance coaching throughout the year.

Bakalar said “a lack of time and skills” among line managers was to blame for this shortfall. “Managers are very stretched and have less time for formal coaching,” she said.

Deloitte UK head of HR Stevan Rolls told HR magazine coaching is a “key” part of performance management, but that lack of line manager skill is a barrier.

“We’re uncovering that team leaders know a lot less about how to [coach people] than we thought,” he said. “Skill is a barrier. You need to invest in L&D to bring that up.”

Deloitte is in the process of “deconstructing” its performance management systems, Rolls said, moving from a more traditional approach to a “people-centred” one. It is abolishing the annual review and performance rating systems, and instead emphasising ongoing conversations about career and performance.

“People felt they were spending a lot of time on [the process], but that it wasn’t much use,” said Rolls. “We want to move away from a bureaucratic approach, moving away from talking about people to talking to people.”

He added that the more traditional approaches to performance management were centred around underperformers, rather than focusing on how to maximise high performance.

The research confirms this, with only 38% of managers saying they felt their firm’s performance management process drives high performance.

Financial services business State Street CHRO and citizenship officer Alison Quirk told HR magazine she was “worried” about her employees not getting ongoing coaching and that she was considering moving away from a traditional approach to performance management.

She said that she believed the “tools” were less important than creating a coaching culture. “We are going to look at our performance management tool and see if there’s anything in it that’s holding us back,” she said.

“I really want to spend time teaching managers to do a better job with coaching and feedback,” Quirk added. “We have to educate people why it’s so important.”

Bakalar advised HR directors to invest in training line managers to coach their direct reports, “regardless of what systems you use”. “If you have that culture of two-way communication, you will automatically have better results,” she said. “Encourage managers to talk about employee careers.”