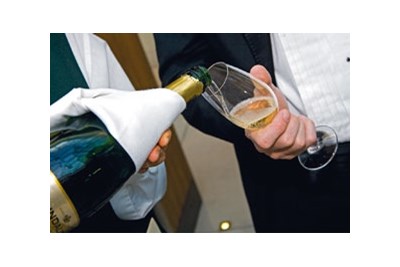 UK businesses could lose as much as 216 million because of staff absence following Christmas parties.

According to Aviva, 2.31 million UK workers called in sick after drinking too much or having an accident at a work Christmas party last year­ resulting in £216 million lost to the British economy, based on CBI calculations of absence costs.

Despite the recession, almost two thirds (61%) of UK businesses are still planning a party and workers' festive spirit have not been dampened - over a quarter (26%) say the stresses of 2009 mean people are likely to get more drunk than usual.

And alcohol-related accidents at Christmas parties are rife, with nearly a third (31%) resulting in hospital treatment.

A third (33%) of workers are honest about the reason for absence, while those who use illness as an excuse are most likely to claim flu (23%). Other popular excuses include food poisoning and migraines.

Doug Wright, principal clinical consultant at Aviva UK Health, said: "After what has been a stressful year for many, it's understandable people want to let their hair down this Christmas.

"However, with 15% of people claiming to have witnessed or experienced accidents at the office parties, it pays to stay sober enough so as not to risk injury. Don't drink on an empty stomach and try alternating alcohol with soft drinks to avoid an unwanted trip to A&E during the festive period.

The most common office party mishaps are:

3   Falling off furniture / a stage