Christmas parties should be adapted to suit the changing workforce 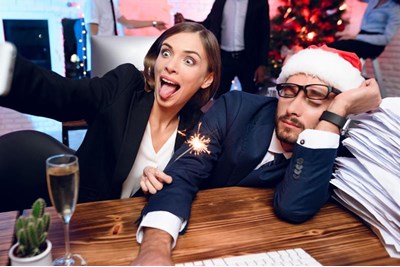 Employees should be given more control in deciding how to celebrate Christmas at work, as not everyone favours the traditional office party, said Thomas Calvard, senior lecturer in human resource management at the University of Edinburgh's Business School

Speaking to HR magazine, Calvard said that Christmas parties play an important role in employee engagement, but that this could look different for different employees.

"Belonging is still the most important factor for employees and, at best, [parties] do help to fulfil that need. But people will have different views on what that will look like. There’s a shift, perhaps in parallel with flexible working," he said.


The popularity of office Christmas parties altogether has been waning. Recent research from Reward Gateway found that 70% of employees would forgo a Christmas party for more rewards and benefits throughout the year.

Calvard said that the emphasis should be on celebrations rather than parties, which can leave some employees feeling anxious.

"We need to think about the word ‘party’ and what that might look like for different people in the workforce. Some might hear that word and have a sense of trepidation or dread around the idea,” he said.

He added that employees should be given more choice on how to celebrate, rather than being offered a one-size-fits-all approach: “There’s no harm in having a bit of democracy around how celebrations are decided. It’s important not to pre-empt what people want. Sometimes it’s best to allow employees to arrange something in a more organic way, allocate someone to talk to colleagues, and give it a bit more of a personal feel.”

While excessive alcohol consumption around Christmas might be uncomfortable for some, for other employees it’s important their employers accept their lifestyle choices.

Digital advertising company The Audit Lab, based in Bolton, lets employees take ‘hangover days’ where they can work from home after a heavy night. One employee, Ellie, told BBC 5 Live's Wake Up To Money that it is about “honesty” and prevents people lying to managers about their reasons for not being in the office.

When it comes to avoiding excess around the festive period Calvard said employers just need to take a common-sense approach to alcohol.

“Sometimes there are overtones of heavy drinking [at parties], which won’t be for everyone. There are certainly more attempts from employers to move away from the long alcohol-filled lunch. It can be nice to include a quiz, or anything that will make it feel more varied. This will also help it to be a more sociable and responsible kind of event,” he said.

“It’s important not to be over-paternalistic, but common sense will tell you to use vouchers, put on a limit. It just involves a bit of preparation and making sure that alcohol isn’t overly available.”

Regardless of your workforce demographics the most important factor is to communicate with employees and make sure their efforts over the last year have been noticed, he added: “You can’t go wrong with being clear [with people], being open, and letting people know that they’re appreciated."

Are employers responsible for what happens at Christmas parties?

Planning Christmas in a post-Weinstein world