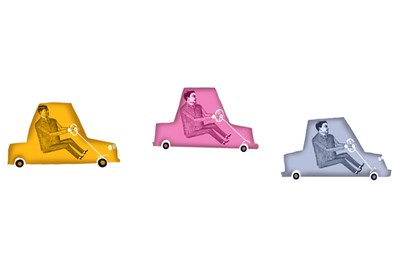 There are so many things to consider when choosing a company car. Here's a breakdown of everything you need to know.

What fleet car you run will always be dictated by cost, but for those HR directors with the freedom to be a bit more adventurous in their choice of car, there are more options than ever.

We’re not just talking about old favourites from Audi, BMW and Mercedes either. In recent years there has been an explosion of high-end cars – powered by conventional diesel as well as hybrid and pure electric – that combine potent performance with low emissions. So provided your company will foot the extra costs associated with higher vehicle value, your monthly benefit- in-kind (BIK) tax bill can remain remarkably low.

Spencer Blake, sales director at Wessex Fleet Solutions, which specialises in fleet lease and management, says that “most company directors still feel that a big diesel executive saloon, like the BMW 5 Series or Audi A6, is more than enough – after all, many companies still have caps on P11D costs”.

However, things are changing. “We have seen much more interest recently in big 4x4s than we have since the credit crunch hit, as well as real interest in plug-in hybrids like the Mitsubishi Outlander PHEV,” Blake explains. “There is even some small interest in high-end stuff like the Tesla.”

For those who do need lower P11D, and want a conventional diesel executive car, the options have never been better. Here is HR magazine’s definitive list of the best of the current crop. Today, diesel cars.

A recent face-lift saw the 520d become more efficient than ever. Fitting it with the eight-speed automatic gearbox (which costs £1550 more than the standard six-speed manual) is a no-brainer. It makes the 520d more relaxing and enjoyable to drive, and emissions of 109g/km translates to just £192 per month BIK costs for 40% taxpayers. Don’t be fooled by the lowly-sounding 2.0-litre diesel engine, the 520d is more than fast enough to feel satisfyingly punchy. It’s also refined, comfortable, sprightly around corners, and well-equipped with leather, sat-nav, Bluetooth, digital radio and cruise- and climate-controls. For those who are conscious of costs to the company as well as employee, this is likely to be the best balance of performance, kerbside kudos, driver-reward and all-round affordability.

There are a number of benefits to the diesel-electric hybrid Mercedes E300. For a start it runs on electricity only at low speeds, so the near-silent running will make hectic town driving a bit more relaxing. The hybrid status also means that the E300 dodges the 3% BIK rating surcharge applied to normal diesels, so you’ll pay around £185 per month in tax, despite the high price. On top of all that, the E300 has just as much lavish equipment as its rivals, and is likely to return even better real-world economy while also delivering stronger acceleration. It’s not a light car, so the 5 Series is still the better bet for anyone wanting something that’s fun to drive, but even so the E-Class makes for a really interesting, classy-feeling and affordable option.

The A6 recently had a new engine and automatic gearbox installed, so it’s now quieter, more efficient and better equipped as standard, with the same key luxuries as its nemesis – the BMW 520d (see opposite). The front-wheel drive Audi doesn’t handle with quite the same poise as the rear-wheel drive BMW, and its seven-speed dual-clutch S Tronic automatic isn’t quite as smooth as the BMW’s. However, the A6 has an even more masterfully-designed and finished interior, is quieter on the move and offers similarly compelling running costs thanks to emissions of just 109g/km. If you favour the Audi’s image, in practice most will find it just as rewarding and affordable to live with as the BMW.

Okay, it’s a lowly Golf, but this fast diesel model has real appeal, not only in terms of its low costs but also in terms of its hot-hatch dynamics and GTI-like styling. Go for the six-speed manual (the six-speed automatic is occasionally jerky and holds onto gears too long), and it’s a complete riot to drive, while being just as practical as any diesel family hatchback. It will cost a 40% taxpayer £151 per month in company car tax. This latest Golf model is also great quality inside – just be aware that it’ll add £750 to your P11D value if you want to include optional sat-nav.

This could be ruled out if your company won’t exceed a certain P11D bracket, but for those who aren’t restricted, it’s as much car as you can get for the money. The new 3.0-litre V6 diesel engine is quiet, yet gives the A7 strong performance via the silky seven-speed automatic. It’s also practical, as it’s got masses of space and a big hatchback boot that makes it surprisingly useful for those with families. More than that, it has the sort of presence and lavish feel that’s more in line with top-end limos than an executive car. With all the equipment you could want, and emissions of only 122g/km, this big Audi costs a reasonable £305 per month in benefit tax.

Check back tomorrow for the complete low-down on alternative fuel options.