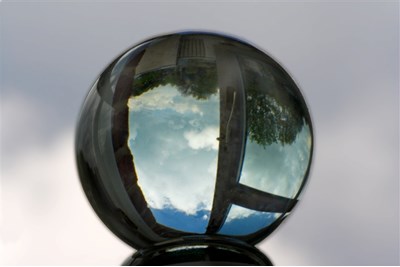 The greatest challenge facing business today is having the ability to forecast and adapt, chairman of the John Lewis Partnership Charlie Mayfield said in his keynote presentation at The Economist magazine’s Talent Management: the New Work Order event.

“It’s very important to continue to keep on trying to forecast. The assumption that can take root is that in order to succeed tomorrow you just need to do what you did yesterday a bit better,” he said, adding: “I have come to realise that’s dangerously wrong.”

He stated it was important to fight a perhaps natural human tendency of gravitating towards the known.

“We are social animals, we like to belong, we fear what is uncertain,” said Mayfield. “The problem is those characteristics add up to inertia sometimes. That was ok in a world that was developing more slowly. But as the pace of change quickens many people will find their innate ability to contribute will become redundant.”

He said it was vital companies equip current workers for the future rather than relying on tomorrow’s young talent. “Eight out of 10 people who will be in work in 10 years' time are already in work,” he said, adding: “People in work will need to learn more in the next 10 years than they have in the last 20. We don’t just need jobs, we need learning jobs.”

Mayfield added that a further challenge was for government to broaden its focus further than the supply side of the economy, and examine how to better prepare people for work through education.

“There will need to be much better alignment between what people learn in school and what’s happening in work,” said Mayfield. “That’s desirable now. It will become essential in 2035.”

Other speakers at The Economist's conference agreed that creating business models and workforces reactive and receptive to change is a key challenge.

“What will change is our ability to keep up with what we need to be doing when things are so rapidly changing,” said Hazel Keating, senior vice president of global human resources at State Street Corporation.

“We don’t spend enough time thinking about the future, it feels like an indulgence.”

Keating said that HR could best help leaders prepare for the future by forcing them to put aside time for forecasting, and by making them look outside the C-suite. “The best thing a talent manager can do is sit a leader down and force them to think about what’s coming next.”

“Leaders need to stop trying to change the company from one room. They need to get out of that room and engage with millennials in the company.”

Increasingly key to business’s success will be recruiting those willing to learn and evolve, agreed former head coach of the England rugby union team Clive Woodward in his keynote talk.

“You’re either a sponge or a rock. Everyone in your team needs a sponge between their ears,” he said, explaining that he insisted all members of the England rugby team had laptops to test their capacity and willingness to learn.

“I believe whoever wins in IT tends to win,” he added of technology’s vital role to a company’s future success.

Director of group diversity and inclusion at Lloyds Banking Group Fiona Cannon said that critical to future success would be seeing flexible working as a business rather than employee benefit, and reframing flexibility as agility.

“Most people still work in a Victorian way, so nine to five and commuting into a central location,” she said. “We need to ask: ‘how does flexibility affect our ability to compete in a global marketplace?’”

Workplace agility is enhanced by staff being encouraged to be outcome rather than process driven, said chief envisioning officer at Microsoft UK Dave Coplin. “A lot of people think a productive day at work is clearing their inbox. We need to empower employees to find the best way to deliver their outcomes.”