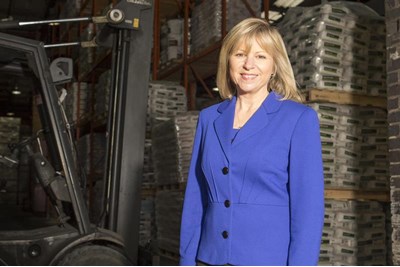 Changing processes in a well-established business is never easy, here's how to approach it pragmatically

‘But how did they get there?’ The perennially fascinating question always seem crops up in relation to particularly successful types. And so it is with Linda Kennedy-McCarthy, group HR director at £2.6 billion revenue, FTSE250-listed, 10,000- employee, specialist building material distributor SIGplc.

Kennedy-McCarthy’s CV includes spells as group HR director at corporates including Serco and yell.com. But as with all good meteoric rise stories, her career trajectory is nicely unexpected. Cut to 30 years ago and you’d find her riding a moped around Majorca, ensuring holidaymakers were having fun in the sun.

Her decision to become a travel rep for the now defunct Intasun Leisure was very much one of a series of “sliding door” moments. First Kennedy-McCarthy had to decide whether to pursue her background in languages (she’s fluent in French, German and Spanish) or study journalism (“We could have been on other sides of the table,” she quips when we meet at SIGplc’s HQ in Paddington). After having decided to study languages in her hometown of Aberdeen, Kennedy-McCarthy had something of an ‘ah ha’ moment.

“I went to work for an oil company in Aberdeen and fell into HR work. I did one year of the IPM [the former name of the CIPD] but was in a car accident,” she explains. “I shattered my ankle quite badly and was on crutches. I was thinking: ‘This is ridiculous; I haven’t left my hometown, I studied these languages to see the world but I’m stuck doing HR filing. This is not what it’s all about.”

A couple of years and the decision to work for a tour company later, and Kennedy-McCarthy was doing nicely. She’d been made travel rep of the year, swapped her Spanish moped for a Cadillac in Florida, and was going on regular jaunts to destinations such as the Dominican Republic and Acapulco. And she was also back in HR, as Intersun’s overseas training consultant.

It was this recognition that HR had “come around again”, that “it was there”, that led Kennedy-McCarthy to finally pursue HR once she was back in the UK, working for her boss from the oil company who’d now set up a recruitment agency. She moved to Edinburgh to work for a marine services company, and then to London in 1997 where she’s been ever since.

Not being afraid to take risks and broaden her horizons is something Kennedy-McCarthy’s always brought to her roles – and it has made her particularly suited to change management projects such as the merger and integration of Orange and T-Mobile. Indeed it was this experience that brought Kennedy-McCarthy to the doors of SIGplc (a company divided into the four entities of distribution, roofing, manufacturing, and carpet and flooring) in 2013.

“When Stewart [Mitchell] took over as chief executive the old chief executive had been there for 21 years. The person doing my role had been there eight or nine,” says Kennedy-McCarthy. “[Mitchell] came from Sainsbury’s where they’ve got supply chains that are so organised. When he arrived he thought: ‘Crikey this supply chain isn’t very efficient. We don’t have any regional distribution centres’. So he started to ask the business to do that and I came in off the back of that.

“What became evident was that the business could understand what [Mitchell] was asking for but they didn’t have a clue how to do it. Because they’d never seen it, they’d never worked in a business that did that,” she continues. “So one of my first jobs was to identify what were those areas where we quickly needed to make changes and how we would do it. Then it was about bringing in key people. We now have a group supply chain director, for example.

However, embracing change isn’t about throwing the baby out with the bathwater, Kennedy-McCarthy cautions. “You can’t bring in all new, otherwise you lose the expertise and strength that’s made you what you are.” She points to SIGplc’s already strong reputation for reliability. “One of the reasons SIG is successful is because it’s known for doing what it says it’ll do,” she explains. “That includes delivering within a 10-minute window, which is what we get in some London sites. Our lorries have got to be there at seven and off site by 10 past. That’s the slot you get.”

Transforming HR at SIG has been a challenge on a similar scale to transforming the business. “SIG was quite an old-fashioned business when I came and the business partners were ER advisers not HR advisers,” says Kennedy-McCarthy. “In my biggest business in the UK, the ER had been there for 25 years. These people were great because they’d grown with the business and knew the organisation. But they didn’t know what they didn’t know.”

The biggest issues were those perennials of too much admin, and doing things because ‘that’s how they’ve always been done’. So Kennedy-McCarthy’s first step was to move all administration from the HR managers into a shared services centre in the UK, which also provides a level of support for the senior leaders in the organisation.

SIG now has a group Centre of Excellence under Kennedy-McCarthy that is comprised of talent and development, reward, and communications. It also has senior HR business partners or in some cases HR directors in the larger regions for all of its businesses globally. Some of the bigger entities also have business partners, junior business partners, and specialists or ER advisors where needed.

“The Ulrich model is great because it separates administration and specialised support roles from general HR business partnering. But what I think you lose is the old-fashioned career path where you used to earn your stripes through all the levels,” says Kennedy-McCarthy. “Senior business partners are almost trying to operate like mini HRDs, which is great, but they haven’t really got the weight and depth of experience behind them to always make that work.”

One of Kennedy-McCarthy’s passions is that all HR professionals enjoy a broad range of developmental experiences. “Moving people into a business role and back into HR is brilliant because you do get a different skillset – even moving them from a generalist role to a specialism for a couple of years. From a business point of view I think it helps if they can gain a commercial skillset. That could be by shadowing people or finding a good mentor.”

The issue of HR’s commerciality, or lack thereof, is one Kennedy-McCarthy is particularly passionate about. “A lot of people say ‘what does commerciality mean in practice?’ For me it means that when your chief exec’s been on holiday they come and knock on your door first not second,” she says.

Kennedy-McCarthy’s brand of HR leadership is pragmatic, business-like and proactive. And it’s hard not to see it as one many could learn from. Regarding building relationships with her senior leadership team and selling HR initiatives into the business, Kennedy-McCarthy recommends what she jokingly refers to as a “Machiavellian approach”.

“Operating strategically is more about the time you spend building the relationships, influencing, and discussing than it is about the doing,” she says. “When you’re going into a big meeting you need to know everyone’s position around that table on what you’re going to present. Unless you really want to capture people’s fresh thoughts there should never be a time where you walk into that room and don’t know where your potential issues are and where your allies are.”

Kennedy-McCarthy adds though that this approach is “perhaps harder for a female than a male”. “I think men tend to be a bit more ‘I’ll do this to get that’. Whereas women tend to be a bit more ‘I’ll just do what I need to do and everything else will follow’. So when you have to actually think about meetings in that way it can feel quite unnatural… It feels a bit like being a salesman, which I don’t think comes naturally to [those in] HR.”

But such a method does seem to be paying off at SIG. Transforming the business hasn’t been plain sailing. An “adjust and go” strategy, where new initiatives are re-examined every three months, has been critical. “I’m a real believer in following up,” she explains. “I meet the business leads to discuss what’s working and what’s not. If you keep doing that over time, it builds their confidence in you. You can adjust as you go.” This approach helped Kennedy-McCarthy to realise, for instance, that a totally shared service model was too much too soon, and that a business with such a “relationship-based model” needed certain individuals within the shared services centre to be assigned.

But on the whole, progress is being made, with SIG’s new business partners embracing the wonders of life without admin. “That panicked them, because they thought ‘if that [the admin] is gone what am I doing?’… But it’s been really lovely to see our business partners moving from just doing the doing, to being the people driving change,” she says.

Kennedy-McCarthy is pragmatic about the scale of the challenge. “We are where we are and there’s no point pretending otherwise,” she says. But given her track record – and admirably sunny, just go-for-it demeanour – there seems little doubt that ‘where SIG is’ in a few years’ time will be a very good place indeed.