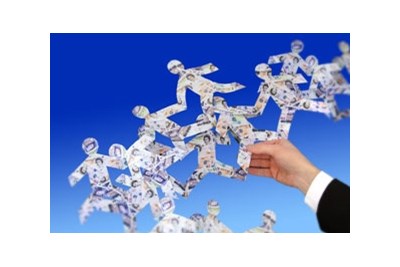 “Candidates often relate these perceptions to a culture of innovation and pushing the envelope. From research in the assessment space we know that this is hugely important in shaping people's perceptions and motivations to continue the relationship with that organisation.”

Revelian has developed a recruitment game that allows candidates to play the part of a theme park manager. Players must undertake tasks including fixing broken rollercoasters and planning a new waterpark feature, for example.

Daryl Maitland, senior HR manager for Cafcass, explained that using games in recruitment is helpful for testing real-world reactions. “We know from the field of neuroscience that when the brain simulates an event or circumstance, the same neural pathways are created and used as would be the case in reality,” he told HR magazine.

“Once we have created a neural pathway that successfully deals with a given situation or stimulus it becomes easier and faster for us to use that pathway over and over again as ‘second nature’, even when the pressure is on."

Gamification can also help train the candidate before they’re even hired, Maitland added. “When recruiting you want someone as close to the finished article as possible. If you have a candidate who is 80% of the way there, then understanding the game in the selection process could add an extra 1% or 2% to that,” he said.

Maitland warned, however, that games must be relevant to the role. “If the games aren’t a good reflection of the reality of the job, or the right response to make to given circumstances, then the predictive validity will be poor,” he said. “But that is consistent across all recruitment methods. If you ask questions at interview that are not a reflection of the job the predictive validity will be even poorer.”