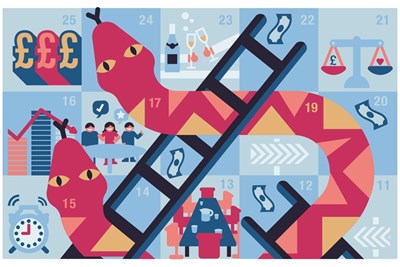 The world of work is changing, with people employed more flexibly than ever before. And yet the perception still persists that you cannot perform a senior role part-time.

But things are starting to change – albeit slowly. According to Karen Mattison, co-founder and director of Timewise, a recruitment firm that specialises in placements with flexible job designs, her site has advertised more than 100 HR director jobs on a part-time basis in the past two years. However, the fact it has also featured over 300 part-time HR manager roles suggests part-time working is still associated with more junior positions.

Here, two HRDs who work part-time reveal how they get it right.

Andrea Wareham is group people director at Pret a Manger. She works a four-day week.

“I call it flexitime rather than part-time. I’ve been doing it since my daughter was born nine years ago. Now both my children are at school, you might think I should go back to full-time, but that fifth day is something I hold dear. You are your own CEO – chief energy officer. When you work in HR and in retail, it’s fast-paced. You are being asked for opinion and decisions all the time. And if you’re a working mum, you go home and other people need things from you.

Friday is my ‘re-energise day’. I do very boring, domesticated things. It gives my mind time to re-energise. I work four long days to have that time when I can distance myself a bit and have space to think. When you don’t have time to think, that can be a problem.

People say the more senior you become, the harder it is to work part-time. I think it’s the opposite. We have a team of people who can answer daily queries. I’m thinking about the bigger picture; the strategy, the decisions you don’t want to be making overnight. You need time and space to think things through. In my opinion it’s easier to work part-time the more senior you are because you are less reactive.

To work part-time, you need to be well organised and have a great team, both at work and at home. If your role is part-time, never use it as an excuse for not being available. If there is a really important meeting, try to make it. But you have to safeguard your time off, otherwise it gets eaten into. You have to decide what you’re going to do and what you’re not going to do. You can’t do everything. Choose what you want to focus on and do that really well. Don’t feel apologetic for what you can’t do.

As HRDs, it’s our responsibility to lead by example. Before I went part-time, I worked long hours and my team would as well because they saw me doing it. I think they like it that I go home at a decent time now, and everyone who works for me can do four days a week if they want to as well. I know they don’t do any less of a job; they find the time to do the same job.”

Claire Fox is former HR director at Unilever Food Solutions, where she worked four days a week. She is the author of Work-Life Symbiosis, due to be published in 2015 by LID Publishing.

“Everyone has more to do than they’re able to, whether they work five days a week or three. We all need to be better at making the right choices. We’ve fallen into the trap of doing 20 things not that brilliantly, rather than doing 10 things really well. For me, it’s about picking the tasks that need to be done really well.

As an HR director, I’m not in an operational role; there are people in the business whose job it is to deal with operational things. The buck stops with me, but day-to-day I wouldn’t get involved in resolving a problem with payroll, for example. The issue with going part-time is the things that are meant to give a broader stretch can fall away. It’s the bits around the edge – the networking, the additional projects – that people often stop doing, which can have career implications.

I’m working on a book around the concept of work/life symbiosis. If you’re happy in work it makes you happier in daily life, and vice versa. It’s about getting out of this cycle of doing long hours, coming home stressed out, and being frustrated at work because it is impacting on your home life. You need to be clear on what’s important in your life, be brilliant at work, prioritise ruthlessly and be clear on your boundaries.

Businesses are moving in the right direction. In a lot of organisations, it’s relatively easy to go part-time in your current role, because you can suggest how that will work and they want to retain you. But when it comes to progressing careers part-time, we haven’t evolved into a place where that’s feasible, particularly for external candidates. I’ve been job hunting and organisations say they are committed to the principles of flexible working, but when I’d ask about the job I was discussing, it would be a different story.

Seniority is still synonymous with being around all the time, which I don’t think is necessary. CEOs could – if they set it up right – run the business on three days a week. It’s an opportunity; if you have someone you see as your successor, how amazing would it be if they could deputise two days a week? We can carve up and shape jobs much more flexibly than we do at the moment. There are lots of options: compressed hours, term-time working, job share and so on. That’s where HR can really help, showing people how they can carve up a job differently.”