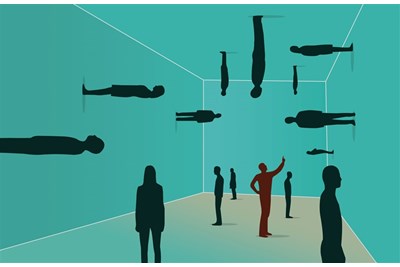 Cultural fit is a vital ingredient for success, but can recruiting for values go to far?

It’s widely accepted that hiring candidates who are a good cultural fit for your organisation is a smart move. After all, recruiting someone who’s a cultural misfit seems more like sowing the seeds of trouble than following a recipe for success.

A 2013 international survey by Cubiks found that more than four out of five employers (82%) consider cultural fit to be important. Moreover, 59% of respondents indicated they had rejected candidates based on a lack of cultural fit, while the overwhelming majority (92%) disagreed that ‘cultural fit is just a buzzword’.

Clearly culture counts, and goes far deeper than lazy corporate jargon. But is there a danger of placing too much emphasis on it when hiring? In the US, online fashion retailer Zappos is well known for its somewhat wacky culture. Its 10 guiding principles, delivered by the Core Values Frog (no, that’s not a typo) include the instruction that employees should “create fun and a little weirdness”.

The company interviews prospective employees twice, with the second interview focusing purely on whether a candidate would fit into the Zappos ‘family’. Founder and CEO Tony Hsieh admits the company has rejected a lot of talented people solely because they were not the right cultural fit for the business, which likes to express weirdness and fun. In the past, interviews have even entailed drinking alcohol – leading some critics to draw parallels with boozy college society initiation ceremonies, also known as ‘hazing’.

“Cultural fit is often misused, misunderstood and far too often an excuse for wanting to recruit in your own image, which is one of the most frustrating issues to deal with,” says The National Gallery HR director RoseMarie Loft.

“There are certain ‘givens’: shared values where aspects of work are important, not because I want a batch of clones to give me an easy life, but simply because if an employee is completely opposed to what you are doing, neither of you is going to be happy,” she adds.

Within the culture sector, Loft elaborates, many institutions are considering more creative ways to raise money and offset funding limitations. Some employees feel very uncomfortable with this change of approach. There are even examples where this has led to instances of gross misconduct, says Loft, where staff have leaked sensitive information in a bid to stop people donating. This provides an extreme example of why some aspects of shared values and cultural fit are important.

“However,” Loft adds, “using it as a ‘catch all’ is often poor management. ‘She just doesn’t fit in with the team’, was an excuse that I heard once for terminating an employee’s contract before the end of the probation period.  The reason?  She had a family and didn’t like to go drinking after work whenever the manager felt that ‘team bonding’ was in order. Worse: she didn’t even drink alcohol and was ‘probably a member of some weird sect’, apparently. Had the manager considered ‘team bonding’ during working time?  No, he said, because it wasn’t right to drink in work time.”

We know certain types of people are attracted to certain organisational cultures. For instance, some cultures are very paternalistic. Where L&D is core to the objectives of the business, employees are likely to feel very secure. However, progression in such organisations tends to be slower. By contrast start-ups or aggressive cultures may be more about ‘hanging on for dear life’. Although not everyone’s cup of tea, they appeal to others.

“Certain cultures really motivate some people while demotivating others,” says Peter Burgess, managing director of recruitment specialist Retail Human Resources. “Unfortunately in almost all working environments, if the technical skill is there but the motivation is not, the employee fails. Whereas it doesn’t necessarily work the other way around. You can teach the technical skill to some extent, but you cannot teach motivation.”

How then can organisations assess candidates to ensure they will fit in – and therefore be motivated – without taking a view that is too narrow? While companies will have a set of corporate values to recruit against, this presents a problem as corporate values are different from personal ones.

Does it matter then whether people hold these values personally at a deep, fundamental level? Or is it enough that they consistently and expertly demonstrate in the workplace the behaviours that would follow logically from these corporate values?

“In practice, this becomes a moot point,” says Ben Williams, managing director of Sten10, which designs people assessments.  “As occupational psychologists we assess people either via observation of behaviour or by using self-report tools like personality questionnaires. In high stakes selection situations, the incentive to distort responses to self-report measures is high and this is why personality tools tend to form only one small part of a recruitment decision.”

“The fact that company values are often very visible online also increases the likelihood of ‘faking good’,” he continues. “I have created tools that are designed to allow people to self-assess their own values and to allow benchmarking against corporate values, but this has tended to be more in a developmental context.

“In selection settings, the best we can strive for is to clearly understand what each corporate value looks like in behavioural terms, and then to design the best possible tools to measure these behaviours: such as case studies, group exercises, role plays and presentations.”

Professional services firm PwC uses tools such as those listed by Williams to give a rounded picture of candidates. Using these different tools prevents any one element from carrying too much weight in the selection decision. The aim is to balance cultural fit with diversity.

“It’s not easy to get an accurate sense of a candidate’s values through the different elements of a recruitment process,” says PwC head of talent management Tamsin Martin. “We focus on looking at their behaviours, which may or may not be a reflection of their deeper value set, but give us a good idea of how they might behave on the job.”

Manchester-based technology company UKFast recruits on five key values: passionate, professional, dynamic, innovative and supportive. In the past, says CEO Lawrence Jones, whenever recruiters liked someone’s skills and made exceptions for their lack of these values, the company “had our fingers burnt”. Just one incompatible person going against the grain can unsettle even the strongest team, he says.

Jones is a fan of psychometric testing as part of the recruitment process, combined with aptitude tests to figure out people’s strengths and weaknesses.

“Obviously, not everyone’s the same, but if you have someone showing low scores for attributes such as empathy or someone who dislikes working closely with others, chances are they’re probably not going to enjoy our culture, as we prioritise those things,” he says. Team building exercises on assessment days are also useful, he adds.

While it makes sense to consider the role of your organisation, its ethos, aspirations and requirements and determine if the applicant can fit these aspirations, a balance should be struck.

“Don’t go looking for a duplicate of Jim who just left, who was a great laugh and fitted in with everyone, because you are never going to find him,” says Loft. In her opinion, the personal side can never be more important than the ability to do the job and cultural fit is only really relevant if it hinders someone in post.

“I’ve lost track of how many senior managers have had the gift of insight, or some kind of extra-sensory perception to know in the first two minutes of an interview if someone is the right person,” she says.

And she adds she has even been a victim of this “extra-sensory perception” herself. “Someone decided that as I am a redhead, I must have a bad temper and would be a bad cultural fit,” she reveals.

“If you assess someone by proper use of a reliable personality questionnaire, then you begin to eliminate the subjective.”

Although employer brand and corporate culture are important, there are drawbacks in being overly prescriptive while recruiting. In overdoing it, firms risk overlooking talented candidates able to bring the reinvigorating, fresh perspective needed to succeed in a highly competitive economy.