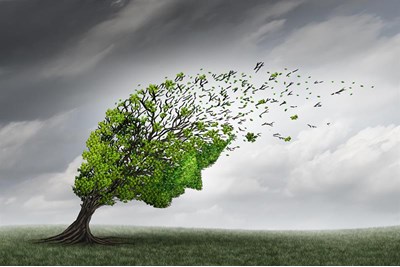 The fact that this is gathering momentum and more people and companies are taking notice is a positive sign. There is certainly a role for Mental Health First Aiders/Champions and greater overall ...

A campaign petition has been supported by the Centre for Mental Health and The Samaritans, and has received more than 188,000 signatures so far.

A survey conducted as part of Where's Your Head At found that 86% agreed that mental health is one of the biggest challenges facing the country. Thirty-three per cent said they are more stressed now than they were a couple of years ago, while 90% feel there is still a taboo around discussing mental health.

It is estimated that mental illness costs the UK economy around £99 billion each year, with the equivalent of 12.5 million working days lost because of workplace-related stress, depression and anxiety.

Paul Keenan, CEO of Bauer Media UK, said: “The support from the public and business leaders for the law change means this can no longer be ignored. We are seeking a seismic change in how mental health is viewed in the UK, and urge other business leaders who agree this law change would benefit their business and their people to stand with us.”

Arwen Makin, a senior solicitor at esphr, provider of HR magazine's HR Legal Service, said that such a change to the law would be a positive step in helping end stigma surrounding mental health.

“Legally employers have to treat mental health and physical health in the same way. Those who have long-standing issues with their mental illness to the point where it affects their day-to-day lives are protected under the Equality Act,” she said. “However, we know that there is a tremendous amount of stigma still attached to discussing mental illness at work so anything that works to improve that, especially when it’s backed by senior business leaders, should be commended.”

However, Makin warned that even if the campaign is successful the complexities of mental illness could still make effective changes difficult.

“But with mental illness it’s far more complex. How will employers be able to judge if someone is at crisis point with their mental health? Mental illness is not always detectable, and it isn’t predictable. Some people will feel able to approach their employers when something is wrong, others will not.”

"However, all employers can still make sure they are willing to speak openly about mental health, and are working to identify particularly stressful periods or environments where employee mental health is at risk."

Mental Health in the workplace has long been an area that has been paid lip service to by many companies; to their detriment of both their employees and their bottom line. Whilst I appreciate that smaller companies may find it difficult to address it doesn’t need to be an issue that can’t be addressed easily. Having helped both smaller businesses (20 employees) and larger businesses (in excess of 600 employees) with mental health initiatives it can be done. What is more concerning at the moment is the lack of a ‘joined up approach to mental health. Mental Health First Aider training can be the first step in the initiative but consideration needs to be then given to the correct support and help to help the individual that is suffering. Just being trained by non experienced mental health trainers does not solve the problem. Qualified practitioners that can supply the training and then the correct support with a true ‘end to end’ solution is what should be sought as the end game

I agree with Kevin. But sadly 'mental health issues' has become the new 'bad back' and/or 'I was never given any training' as the first line of defence for under-performing employees or those going through the performance management process. This devalues the real issue of those needing support and having concerns about their role if they reveal it to the employer.

The fact that this is gathering momentum and more people and companies are taking notice is a positive sign. There is certainly a role for Mental Health First Aiders/Champions and greater overall awareness and support within businesses. But this does need to be connected to a much wider solution that includes policy change, access to professional service and other supports. I am a Mental Health First Aid Instructor and what I find most rewarding about my role is that the people participating all want to make a difference. I am passionate that as human beings we have to bring back humanity across all of society, raise awareness and support those who are struggling. Let's face it, 1 in 4 is what we say, but 4 in 4 are who we should really get to know and understand. I am happy to discuss with anyone who is willing to listen.

Matt Holman, I am an HR advisor for a construction company and this sector has one of the highest suicide rates. It has been brought to the attention of the House of Lords such is the concern. I am looking at programme of mental health support which has been specifically designed with the construction sector in mind and incorporated in the programme is training for Mental Health First Aider's. I am very keen to understand how this role works in practice and wondered if you would share your knowledge as an instructor with me. Many thanks