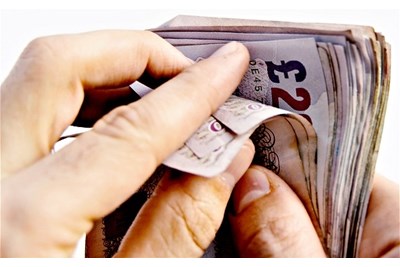 A ruling by the Central Arbitration Committee (CAC) means employers can no longer block mainstream trade unions from recognition, unless they are already bargaining with their current preferred union over pay, hours of work and holidays.

A leading employment lawyer has told HR magazine this could mean the end of 'sweetheart deals' between employers and certain unions and called it a "very significant" development in industrial relations law.

A 'sweetheart deal' describes a deal between an employer and trade union officials that benefit them both at the expense of the employee.

Boots asked the independent regualting body, CAC to review its decision to allow the PDA union to proceed with its application to be the recognised trade union for Boots pharmacists. But the request was rejected by the CAC.

The result means that an arrangement with one union can only block an application for statutory recognition by another union if it covers bargaining over pay, hours of work and holidays. Anything less than this will not count.

Christopher Mordue, employment expert at international law firm Pinsent Masons, believes this decision could mean existing deals between unions and employers are "vulnerable" to a challenge from another union, resulting in a "turf war" for bargaining rights.

Mordue told HR magazine: "This decision by the CAC is a blow to employers who have used 'sweetheart deals' with particular unions, sometimes non-independent unions or staff associations, to erect a barrier against statutory union recognition requests from mainstream unions who are perhaps considered more militant to deal with.

"The idea behind sweetheart deals was that a 'preferred' union could be recognised for a 'soft' form of collective bargaining falling short of negotiating rights over pay, hours of work and holidays, and that would absolutely prevent any application from another union for statutory recognition in respect of that bargaining unit."

Mordue continued: "The CAC has essentially rewritten the legislation to remove this tactic.

"Although the CAC says that its decision 'irons out a mere wrinkle', this is actually a very significant development in industrial relations law. Employers will need to re-evaluate their collective bargaining arrangements and reconsider their options for dealing with requests for statutory recognition."

"This decision also highlights the potential influence of human rights law on industrial relations in the UK. The laws governing industrial action ballots are currently being challenged in the European Court of Human Rights on the grounds that they unduly restrict the 'right to strike'.

"Human rights law could play a key role in shaping industrial relations law over the next 12 months and this decision could be the start of a wider trend in case law."