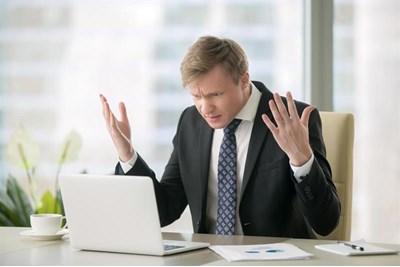 The lack of approved apprenticeships is a real issue in the construction industry. We have had to enrol trainees on ONC and HNC and start degree students on 'normal' part time degrees because higher ...

Fewer than four in 10 (37%) eligible businesses fully understand the apprenticeship levy, according to research by Evolve Learning Group and West London College.

The Apprenticeship Levy - An Untapped Opportunity? surveyed 1,005 employers with more than 150 employees. It found that only 32% of employers who pay the levy were using the funds to train new and existing staff. In London only one in six (16%) employers were found to be utilising their levy funds.

When it came to understanding the levy, 78% said that more needed to be done to improve recognition of its value, while 80% said businesses should be engaged better with the levy.

Additional stats uncovered by the survey highlighted why it’s important employers get to better grips with the levy. It found nine in 10 (90%) employers find it difficult to recruit staff with the right skills, with 21% saying it was “extremely problematic”. More encouragingly, 70% recognised the value of investing in their current workforce.

Speaking to Radio 4’s Today programme, chief executive of West London College Garry Phillips urged employers to improve their understanding of the levy. “It is around demystifying it and making it much more simple, so I would encourage businesses to work with colleges around understanding what their entitlement is and how to maximise that entitlement to ensure they are delivering the skills they need for their workforce,” he said.

Phillips urged businesses not to view this as a tax, and instead recognise the value the scheme could deliver. “Given it’s party conference season at the moment, if any of the leaders introduced a tax where you could get 10% back I think we’d all be voting for that party,” he said, highlighting the need for employers to claim their 10% funding within 24 months before the money is redistributed by HMRC.

The Evolve Learning Group and West London College survey follows Association of Graduate Recruiters (AGR) research in June, where more than half (58%) of employers surveyed said that managing their organisational response to the levy is one of their biggest challenges this year. A further 23% said that a lack of government-approved apprenticeship standards in their sector is one of their top issues.

The apprenticeship levy was introduced in April for employers in England with an annual payroll of more than £3 million. It equates to 0.5% of an employer's annual wage bill and is paid through HMRC.

The lack of approved apprenticeships is a real issue in the construction industry. We have had to enrol trainees on ONC and HNC and start degree students on 'normal' part time degrees because higher and degree apprenticeships have not been approved on the new standards. This means we are unable to collect any levy funds for these staff. we are having to pay both CITB and apprenticeship levy and I feel that the Government has not fulfilled on their role in bringing approved training to the table.