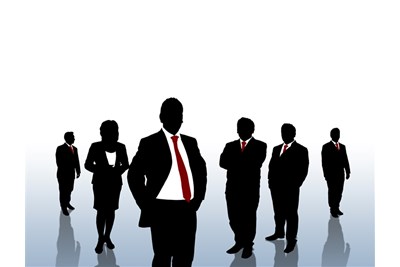 The number of women on boards has almost doubled in the last four years since the Lord Davies target was set.

In 2011 FTSE 100 companies only had 12.5% female representation. The latest annual report from Lord Davies found a 23.5% representation of women on boards.

Lord Davies said the rate of change in the FTSE 100 companies is “remarkable” and “FTSE companies are now making real efforts to seek out and unleash the full extent of this talent.”

He added: “We now have to increase the low number of [female] chairs and executive directors on boards and address the loss of talented senior women from the executive pipeline.”

Business secretary Vince Cable, who commissioned the report, said: “I am confident we will reach our target this year, but our work is not complete. British business must keep its eye on the long game, as we strive to achieve gender parity.”

Cable expects female representation to exceed a third by 2020. He added: “We must also focus on ensuring women are rising fast enough through the pipeline and taking up executive positions."

Eversheds partner Simon Rice-Birchall said although the change is encouraging “companies cannot afford to be complacent”.

“The EU Commission and parliament have been unimpressed by the pace of change and the threat of legislation has been looming for some time.

“The Commission thinks listed companies should be aiming for at least 40% female representation among non-executive directors and has proposed a new regime that would force companies falling short of the target to select a woman for a vacancy in preference to a man, when faced with a choice between equally-qualified candidates”.

However, Norman Broadbent CEO Sue O’Brien said equality won’t come by forcing women into executive and non-executive roles as it could look like “tokenism”.

She said the progress of Lord Davies’ report “must not be put in jeopardy through artificial mechanisms.”

ICAEW commercial executive director, Sharron Gunn highlighted the gender pay gap that shows further issues with gender equality in the workforce. “You can’t just evaluate success or failure on how many women are recruited into board positions,” she said.

“We still have a gender pay gap. Men are still far more likely to hold senior posts. We must look again at how businesses are developing their pipeline of female leaders."

She suggest companies measure the success of their leaders by how well they support diversity and inclusion “that goes beyond women”.

She said: “They must reflect how they create work environments that inspire talented people, whether male or female and from whatever background, to become business leaders. This will also give them access to a pool of talent earmarked as future leaders.”

Institute of Directors senior policy adviser for diversity Lisa Buckingham agrees that diversity should not end with women. She said: “Companies need to be looking at how to recruit from a much wider talent pool, making sure their boards represent people across a range of factors such as age, ethnicity and social background. The business case for action is clear.

Building on the progress already made on gender representation is fundamental to shaking up the boardroom.”