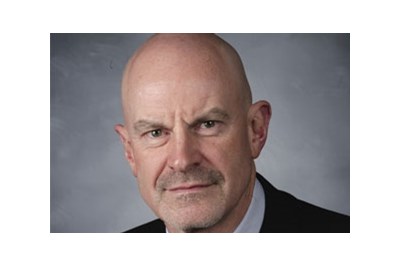 A global survey of 22,000 workers in 18 countries shows that UK employees are below the world average when it comes to rating their managers as effective. The study is relevant for HR because it highlights that 'good' management has a significant impact on the engagement levels of employees and on their overall perception of the organisation.

While these rankings may be of interest, it's more important that organisations recognise the benefits that come from having effective managers. Of course, a good manager is more likely to get the best out of employees, in terms of their performance. But good management has benefits that extend much further than productivity.

In our study, those employees who are satisfied with their manager state a much higher intention to stay with the organisation than those who are dissatisfied. Those who rate their managers as good also feel they have promising prospects within the company as well as confidence in the organisation's future.

In fact, those employees who regard themselves as working for a good manager have three-four times higher engagement scores than those who work for managers they regard as ineffective.

What make a ‘good manager'?

Employees' evaluations of their manager are driven by the extent to which the manager displays the fundamentals of managerial competence: doing a good job at managing the team's work and the team itself, and being perceived as a leader.

In other words, a good manager is someone who keeps his/her commitments, evaluates employees' performance fairly, makes use of employees' ideas, quickly solves problems and practices open, two-way communication. Their behaviour should be consistent with the mission and values of the organisation, they should provide opportunity for employees to improve their skills and they should reassure employees that they have a promising future.

Each of these aspects of managerial effectiveness will be influenced by further factors. For example, to be an effective problem solver, a manager needs an awareness of the issues, a sense of urgency, knowledge of how the workplace operates and an understanding of how to create and communicate a plan for how the problem will be resolved.

By analysing the different aspects of managerial effectiveness, HR practitioners should be able to create a framework of skills (such as communicating, giving feedback and problem solving) and behaviours (such as acting in a way that's consistent with the vision and values of the organisation) that managers need in their organisations. The framework should also include the knowledge, competencies, abilities, values and attitudes that managers need to be effective in their role (such as being respectful, considerate, fair, open, encouraging and organised).

This framework can then be used as a benchmark when recruiting managers. It can also form the basis of management development programmes and the organisation's performance management and succession planning processes.

Of course, other factors will influence whether or not employees feel engaged. For example whether leaders inspire confidence in the future; whether employees feel their work is exciting and whether the organisation demonstrates a genuine responsibility to its employees and the communities in which it operates.

However, as our study shows, when ‘good management' prevails in an organisation, employees become more motivated to contribute to the organisation's success and more willing to apply discretionary effort to accomplish tasks that are central to the goals of the organisation.

By making a concerted effort to improve management practice, HR teams can not only influence employee engagement levels, they can also directly enhance the performance and productivity of the business.

Dr Jack Wiley is Executive Director of the Kenexa Research Institute which is a division of Kenexa, the global provider of business solutions for human resources.