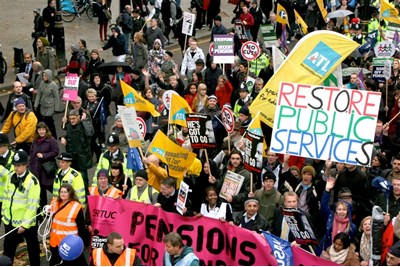 Recently appointed business secretary Sajid Javid has confirmed the Conservative government will follow through on plans to toughen up strike laws.

Speaking to the BBC Today Programme, Javid said there will be “some significant changes to strike laws” and that changing legislation in this area will be a “priority”.

He confirmed that the Conservative party will limit and control strike action in the public sector by introducing a need for a minimum 40% backing from eligible union members.

Strike ballots will need a minimum turnout of 50%.

Javid reiterated that the government will also end a ban on using agency staff to cover striking workers, and place curbs on picketing.

Commenting on the announcement, Pinsent Masons employment partner Chris Mordue said the new rules are “the biggest overhaul since the Thatcher government”.

“Although these new rules would mean that unions would have to work harder to secure a mandate for lawful industrial action, the risk of business disruption for employers will not necessarily diminish,” he added. “While we could see an increase in unofficial action and wildcat strikes, the union response is likely to be more sophisticated.”

This “sophisticated” action could include social media campaigns and protests, Mordue said.

“These campaigns – which can be very disruptive and difficult to counter – can be run without any industrial action ballot so would not be affected or restricted by the legal changes being planned, making them an even more attractive option for the unions.”

Javid also announced the government will focus on apprenticeships, aiming to create three million more over the next five years.

He also confirmed plans that mean young people will have to take up apprenticeships and community work in order to keep receiving benefits.

CBI deputy director-general Katja Hall welcomed the government’s “ambitious targets” but called for employers to be given “greater control over funding to develop high-quality apprenticeships that work for their industry, helping the UK to combat its growing skills gap”.

“Better co-ordination between the government and businesses will also ensure apprenticeships are routes to good careers,” she added.