Burnout a risk for employees in Summer 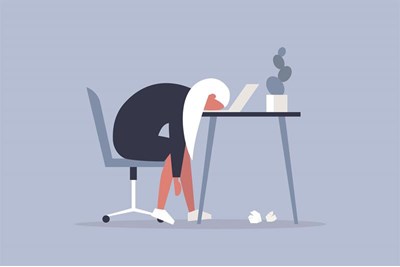 ​Increased workloads while colleagues are on holiday and busy social schedules are leading to high stress levels over the Summer, according to Westfield Health

Its research found that less than half (43%) of employees have spent quality time with family in the past three months. More than a fifth (23%) described their mental health as poor, with the difficulty of balancing friendships, relationships and work (cited by 28%) taking its toll.


Employees found it difficult to switch off over the Summer, with many admitting to working or thinking about work while on holiday. Eleven per cent admitted to responding to calls and emails while on holiday, 36% believe their boss expects them to be on standby during annual leave, and 17% said they spent their holidays worrying about work.


More than a third (37%) of HR professionals admitted their workplace doesn’t do enough to prepare for staff holidays and the inevitable decrease in personnel in the office over the Summer months.

When asked about their wellbeing, 20% of employees said they had not done anything related to keeping themselves healthy in the past three months, and only 36% had been physically active. The biggest concern over the past three months was money (37%), closely followed by lack of sleep (34%).

On top of these worries, working parents have the added pressure of childcare and entertainment while their children are off school, the research highlighted. More than a third (34%) of working parents are concerned about not having enough disposable income to keep their children entertained, with 70% feel stressed before or during the Summer break.

Commenting on the findings, CEO of Westfield Health David Capper said: “Employees are experiencing a vicious cycle of stress and anxiety that is having a detrimental impact on their wellbeing in the run up to, during, and after they come back from their Summer break, leaving them no time for vital recovery.”

Senior leaders must set a good example by role-modelling a healthy work/life balance, he added.

“When thinking about how to avoid burnout and prioritise recovery time in the workplace, it can be tempting to just look at initiatives such as flexible working or working from home. But the answer also lies in workplace culture – there’s limited benefit in implementing strict rules on leave if senior leaders aren’t visibly living, breathing and prioritising those values,” he said.

“Cultural change takes time and requires input from people across the organisation. When employees see leaders practising what they preach it creates the psychological permission to mirror that behaviour. Creating an open culture also allows employees to speak openly about how they’re feeling, allowing managers to identify issues early and avoid a situation escalating to burnout.”

Mark Verstegen, founder and president of EXOS, said that stress can be detrimental to physical as well as mental health and that taking time to genuinely switch off from work is vital.

“Recovery is a critical yet often-undervalued aspect of performing at a high level day after day,” he said. “Whether physiological or psychological, stress creates heightened demand on the brain and body that can accumulate and lead to fatigue, injury and a decline in performance. A consistent recovery routine helps build resilience to stress so you can bounce back quickly when it hits.”