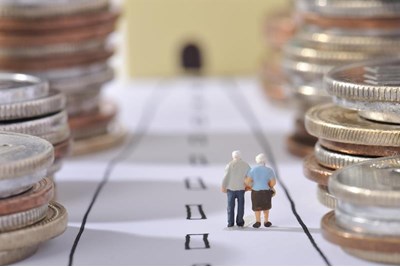 So we all have to work 35 years to get a full state pension yet my brother in law can retire from the Police (with full benefits) after 30 years. How does that work then?

Many British workers are unaware of state pension age increases, according to a report from the CIPD.

Charles Cotton, pay and reward adviser at the CIPD, expressed concern over the findings. “It’s clear that many people aren’t fully aware of what kind of pension they might receive or when, especially if the state pension is going to form a significant part of their retirement income,” he said.

“If they find out too late what they are entitled to then they may be forced to remain at work out of necessity rather than choice. Employers will need to look at how to meet the needs of this group and HR has an important role in communicating changes to the state pension to employees.”

Additionally, more than a third (37%) of those surveyed believe they will have to work past the age of 65, a figure that jumps to 49% for workers over 55-years-old. Among those who predict they will work past 65, the average age they expect to actually retire is 70.

The most common reasons for employees wanting to work past 65 are that many people believe it will keep them mentally fit (32%), followed by a desire to earn enough money to continue to enjoy themselves, for example by going on holidays (27%).

Cotton explained that older workers can bring benefits to firms. “Older workers offer vast experience and knowledge and can also act as mentors to young people,” he said. “To reap those opportunities employers need to start reviewing and adapting their people practices as well as the design of the organisation, jobs and work to ensure that they are fit for the new purpose.”

He added: “Previous CIPD research has shown that multi-generational workforces are of huge benefit to organisations. It is very positive to see that employees are also recognising that remaining at work can help their wellbeing by helping them to keep mentally fit. In return organisations have a duty to build workplaces that enable talented older workers to continue to work without facing organisational barriers.”

So we all have to work 35 years to get a full state pension yet my brother in law can retire from the Police (with full benefits) after 30 years. How does that work then?