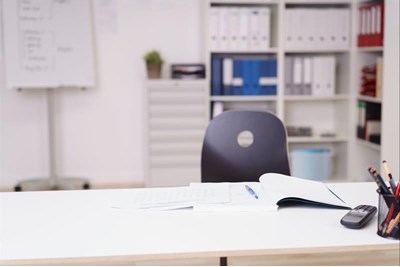 Ok, so more than half of the survey population didn't work at the time of the survey. Bit skewed, wouldn't you say ?

More than half of UK adults (58%) want to move away from traditional working patterns, according to research by McDonald's

Only 6% of people are working the traditional nine to five, with earlier starts and shorter working weeks becoming more attractive to jobseekers, the research found.

More than half of people in full-time employment (58%) would like to start earlier than 9am and finish earlier than 5pm, according to the survey. Additionally, if given the option, just under half of UK adults (48%) would prefer to work a longer day in return for a shorter working week.

Flexibility appears to be important for people of all ages and life stages, with four in five parents (78%) and students (83%) stating that flexible working allows them to balance work with family commitments or studying.

As many as seven in 10 (70%) would like to work more flexibly in the future. Meanwhile, 69% of employees working flexibly said it encouraged them to stay in a job for longer, and 57% believe it improved their motivation levels. Sixty-five per cent of UK workers said it would improve their wellbeing and satisfaction at work.

However, barriers remain. Almost a third of workers (27%) don’t believe their employer would let them work flexibly, the research found.

McDonald’s also surveyed 1,000 of its own employees as part of this research, with these results supporting the nationwide findings. A social workplace topped these workers' priorities (58%), closely followed by the flexibility to work hours that suit them (52%). The ability to develop new skills such as team work and communication was also a key factor for more than half (51%).

“People are looking for jobs that work for them. This research reflects our belief that to attract, retain and motivate, employers need to create opportunities that genuinely work for people whatever their age, life stage, or ambition. The business case is clear, as are the links to improved happiness and wellbeing – people simply don’t want to work nine to five anymore. They want to work more flexibly, but that doesn’t diminish ambition, desire or opportunity to progress,” he said.

“This survey sheds a strong light on how people increasingly think differently about work, and how work itself is changing. Flexible working is a growing preference for lots of people and provides opportunities to work for many who have other commitments or constraints that make it hard for them to work traditional working patterns,” he said.

“It therefore benefits organisations by giving them access to wider talent pools and creating more inclusive work environments. It's also clear that employees with access to flexible working arrangements are more likely to be satisfied and committed to their organisation.”

The research was carried out by YouGov on behalf of McDonald's. It is based on a survey of 4,295 adults, of which more than 2,000 were workers.

Ok, so more than half of the survey population didn't work at the time of the survey. Bit skewed, wouldn't you say ?