British adults out of work due to health problems is costing the economy £100 billion, 2020 health report reveals 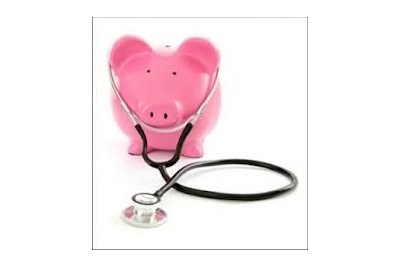 The number of adults in Britain who are unable to work because of health problems has more than tripled since the 1970's at an estimated annual cost to the economy of more than £100 billion, a report published by campaigning think tank 2020 health has revealed.

The report, Work as a health outcome in the devolved nations found in England alone 2.1 million people claim health-related benefits, a number that despite health improvements has barely moved in the past year, the survey revealed.

The report states that more work is clearly needed to improve the record on reducing sickness-related worklessness.

However, the report found how schemes in Britain are making progress on reducing sickness absence.

The report found the Glasgow Works project has been instrumental in bringing down sickness benefit claimant rates in the city from 18% to 12% in the past twelve years.

Northern Ireland civil service aims to be an example of good practice to other public sector bodies in the country. With 26,000 staff it is one of Northern Ireland's largest employers and its health and wellbeing programme has helped reduce sickness absence from 15-16 days per person per year in 2002 to 10 days in 2012.

Julia Manning, CEO of 2020health said: "It is in the interest of employers who are liable for sick pay, to ensure that their employees are well supported if they become ill. Much illness is compatible with work, even if adjustments have to be made to working conditions.

"Our report shows that when employers put systems in place to support people staying in work, sickness absence goes down."

Manning added: "Employers should be encouraged by government to do this. Employees who know they will be well supported in sickness and in health will ultimately be happier and more productive."

Research from the department for work and pensions has today revelaed that nearly a third of people on incapacity benefits have been found to be capable of some form of work since reassessment began in October 2010.

Over 603,000 people on incapacity benefits have been reassessed since 2010 with nearly one in every three - almost 180,000 people – now no longer eligible for sickness benefits. They will now get long term help from Jobcentre Plus and the Work Programme to find a job which is right for them.

Mark Hoban, minister for employment, said: "Now we are over half way through the reassessment process it is clear that the old system condemned tens of thousands of people to a life on benefits with little help to move back to work.

"Now people who can work will be given help to find a job, while those who need unconditional support will get it.

"Getting the Work Capability Assessment right first time is my absolute priority and we have made considerable improvements to the process to ensure it is as fair and accurate as possible."