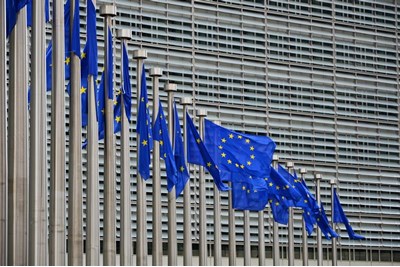 It's also worth pointing out a commitment in the White Paper to "non-regression" of Labour standards. It does go on to say that we must also make the most of the opportunities presented by the ...

The government has released a whitepaper stating that free movement for skilled workers and students must be recognised post-Brexit, but crictics say it lacks detail

The future relationship between the United Kingdom and the European Union whitepaper, described as the most important document since the referendum of June 2016, states that while there will be an end to the free movement of people in December 2020, the 'depth of the relationship and close ties between the peoples of the UK and the EU' must not be overlooked.

Brexiteers had previously raised concerns that despite government claiming that they would end free movement, EU citizens would still be favoured over other countries when accessing the UK. Businesses have been worried about attracting talent after the UK’s departure, with 47% of UK manufacturers raising this as a concern in an EEF and Squire Patton Boggs report earlier this year.

The whitepaper stated that: 'the UK’s future economic partnership should... provide reciprocal arrangements, consistent with the ending of free movement,' including measures that 'support businesses to provide services and to move their talented people'.

Officials suggested, however, that the cap on migration of 100,000 a year will remain. And there were few details on how migration will work in practice after Brexit.

Tim Richards, legal director at Clyde & Co, said that the whitepaper gives little indication on how movement will work.

"While the government's red line of ending free movement remains, fortunately there is recognition that many UK businesses rely upon European workers and should be permitted to move their 'talented people'.[But] what is lacking of course is any detail of how this would work in practice," he said. "Business will be relieved that the talent pipeline from the continent has not been completely cut off, but uncertainty remains."

Details such as the status of EU nationals’ families and guidelines over Tier 2 visas are missing from the document, said immigration analyst at Migrate UK Karendeep Kaur.

“Obviously employers are welcoming this, as they’ve been having to put a lot of consideration into forward planning and retraining. However, what’s missing from the paper is whether employees’ families will be protected after we leave the EU, which will clearly have an impact," she told HR magazine.

She added: “There’s still a lot of uncertainty; nothing is set in stone. And EU nationals will still need a lot more clarity on their status. Employers are telling us that many EU workers are making plans to leave the UK or have already done so because of the expense and difficulty in going through the process of applying for visas. This has to be looked at before there can be any real sense of relief.”

Neil Carberry, chief executive of the Recruitment & Employment Confederation (REC), added that though he welcomed the whitepaper more details were needed.

"There is a pragmatism to this whitepaper that is welcome, even at this late hour. Government has taken on board many business concerns about the smooth operation of our economy as we leave the EU," he said. "Recruiters have been clear that Britain needs a comprehensive mobility deal with the EU to support national prosperity. The whitepaper suggests this may be possible, but it leaves too many questions unanswered."

Carberry called for government to allow access for those who make a contribution to the UK. "Access to the UK for EU workers after the transition period should be based on coming to make a contribution, not a numerical target. Those with a job should be able to work here, plugging labour shortages as record numbers of people are in employment," he said.

"We want to see eligibility to work attached to individuals rather than through sponsorship with an employer – so people are not tied to a single employer once they are here."

It's also worth pointing out a commitment in the White Paper to "non-regression" of Labour standards. It does go on to say that we must also make the most of the opportunities presented by the changing world of work, but I think it is a notable inclusion.