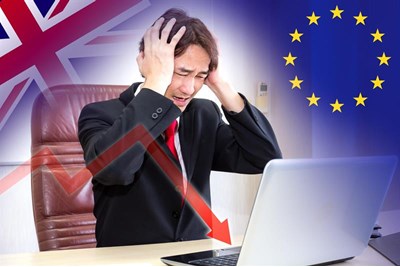 ​The vote to leave the European Union has already cost the average worker more than a week’s wages thanks to higher prices, according to research

The fall in the value of the pound after the June 2016 referendum caused a lasting increase in the price of many goods, costing Britons more than £400, according to research by Dennis Novy, associate professor of economics at the University of Warwick.

Novy’s chapter is one of 18 studies collected in a major report, Which way now? Economic policy after a decade of upheaval, written by members of the Centre for Competitive Advantage in the Global Economy (CAGE) and published by think tank the Social Market Foundation.

The value of the pound relative to other currencies fell sharply after the vote, as currency traders sold sterling and investors calculated that Brexit would lead to lower UK growth in the long term.

Not all of the increased inflation can be attributed to the Brexit shock to sterling, Novy's research found. Other factors such as global oil prices also contributed. But by looking at the prices of goods (such as clothing, shoes and furniture) that are especially sensitive to currency rates Novy established that most of the increase in inflation was driven by the fall in the pound after the referendum.

He calculated that the Brexit vote increased the UK’s annual Consumer Price Index (CPI) inflation by 1.7 percentage points in the year following the referendum. Such an increase in prices means that the average household had to spend £7.74 more per week, or £404 more per year, to afford the same purchases in the first year after the referendum.

The inflation shock continued after that first year, meaning households’ total costs since the referendum are higher still. CPI inflation peaked at 3% in October 2017 and was still at 2% in December 2018.

Because the referendum meant higher prices but did not also boost wages the overall effect of the vote was to reduce real wages, costing the average worker almost one week’s wages (4.4 working days’ wages) in the first year after the vote.

Separate research from the government in November 2018 showed that wages could fall by 10% in the event of a no-deal Brexit.

Heidi Allan, head of employee wellbeing at Neyber, said her company's research showed many employees are already struggling and Brexit could exacerbate money worries. "With so many UK employees feeling the pinch already and half of them already in the regular borrowing cycle to make ends meet each month, and with the added level of uncertainty of Brexit, compounded with the potential effects on spending power, it's no wonder that financial worries are the biggest concern keeping employees awake at night," she said.

HR can help by encouraging staff to discuss their concerns, Allan urged: "The easiest way for HR to help is to encourage people to share their concerns – they don't have to go into specifics. It's ok to feel uncertain; we are all in the same boat. It's important to help employees to understand how to budget, where to go for help and support. and that small changes can actually make big impacts.

"It's also important to create an environment of support and openness where there's no stigma. This ideally means colleagues look out for each other; spotting changes in behaviour that could be triggers for needing help."

Novy said: “It is clear that the average UK household is already paying the price for voting to leave the EU. The economic effects of leaving the EU will depend crucially on the outcome of the ongoing negotiations between the UK and the EU. But even before Brexit has actually taken place the referendum shock of June 2016 has already had substantial economic costs for the typical household.”