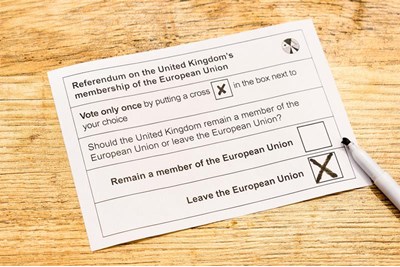 The data is based on UK employer sentiment in the two weeks before and two weeks after the EU referendum, and found that the proportion of employers expecting to increase staffing levels over the next three months dropped by four percentage points from 40% pre-Brexit to 36% following the decision.

The survey revealed 33% of employers expect Brexit will increase their hirning costs, compared with 4% that think the opposite.

Ian Brinkley, acting chief economist at the CIPD, warned of the dangers of employers “preparing to batten down the hatches”.

“In response [to Brexit employers are] looking to cut investment in crucial areas like skills development and equipment, but we think this reaction is premature,” he said.

“The economy had positive momentum going into the referendum and there is a risk that employers will create a self-fulfilling prophecy if they overreact in the expectation of a downturn. Instead of looking at cuts, now is the time to be talking about investment in people, processes and equipment that will boost productivity and improve the resilience of businesses and our economy.”

John Marshall, CEO of Adecco Group UK & Ireland, added: “There is undoubtedly uncertainty but this is also a time of opportunity for organisations to get ahead. While there’s no ‘one-size-fits-all’ approach for futureproofing against Brexit there are steps employers should consider. These include conducting a detailed audit of their workforce, mapping current and future skills gaps, and investing in training and development.”

The survey also considered the impact of the Brexit decision on the UK’s migrant workforce. Almost two in three (62%) employers said that they currently employ some EU migrants, but of those nearly a third (31%) were unable to say what percentage of their workforce is made up of EU migrant workers.

Nearly one in five (17%) said they were giving some of their EU migrant workforce help with applications to become UK residents or citizens, with public sector organisations most likely to help their employees here (27%).

Employers were also asked what information would be most helpful regarding the implications of leaving the EU.

Roughly two in five most wanted information around employment law and regulations (45%) or areas such as working time or the employment of agency workers (41%). Around 30% identified access to the single market and migration policy as a key area.