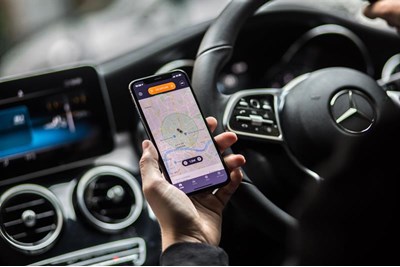 The taxi app is facing legal action over claims it has underpaid minimum wage to a driver, The Guardian reported.

Donisa brought a case against Bolt after it expelled him from its platform for not accepting enough fares. He argued that he typically earned £160 a week from his Bolt driving, and after running his expenses of £330 claimed he was paid less than the minimum wage of £8.21 per hour.

Donisa also said while there were no agreed minimum hours or number of fares with the company he was blocked from using the app because his acceptance rate for rides was too low.

Bolt sanctions drivers who accept less than 50% of the fares offered to them, and repeated refusals can get drivers banned for between 24 hours and 10 years.

Donisa said: “Bolt said it was ethical but when it comes to drivers’ rights it’s worse than Uber.

“We get no sick pay, no holiday pay, no guaranteed minimum wage. The one right they claim to give us is the right to choose how we work, and when I exercised that right I was punished and dismissed by Bolt. We need to take a stand on this.”

A mark of self-employed status is that individuals can choose when, for how long, and what kind of work they do. If Bolt is preventing drivers from doing this it may give grounds to the argument that its drivers are workers (and therefore entitled to workers’ rights) rather than self-employed.

If Donisa can successfully argue that he was effectively a worker he will then be able to challenge Bolt on any underpayment of wages.

According to The Guardian a spokesperson for Bolt said: “A high-quality reliable service is critically important. Happy passengers ultimately lead to more money for our drivers as they get more business with Bolt at lower commission rates than with any other platform.”

HR magazine also approached Bolt, but it declined to comment.

Simon Bloch, a partner at JMW Solicitors, told HR magazine that only workers and employees are entitled to receive the protections provided by the National Minimum Wage legislation and that those who are self-employed do not.

Bloch said: “Workers have much more limited rights than employees, but in addition to the entitlement to receive the minimum wage are also entitled to protection under the Working Time Regulations – including the right to paid annual leave, rest breaks, maximum working week, as well as statutory sick pay.

“Workers do not have any rights in relation to unfair dismissal or statutory notice of termination.”

Bolt was founded in 2013 and says it has more than a million drivers in over 35 countries.

No employment tribunal claims dismissed in 2018-19, adding to backlog