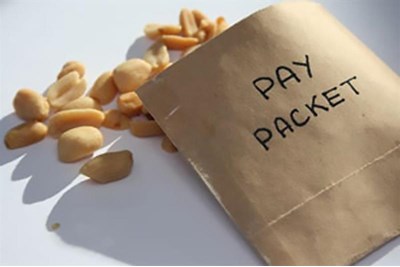 The think tank’s Low Pay Britain report shows that the share of employees on low pay fell to 18% in the year to April 2017, the lowest proportion since 1982.

The number of low-paid employees also fell below five million for the first time in more than a decade. Meanwhile, planned increases to the National Living Wage are projected to further reduce the prevalence of low pay to 15% by 2020.

However, 4.9 million employees in Britain remain in low-paid jobs, including the majority of workers in hotels and restaurants (58%) and, geographically, almost one in four people in Nottingham (24%) and Sheffield (23%).

The Resolution Foundation said that while it welcomed the boost to lower-paid workers' pay, there are still three key obstacles. The think tank’s report said that progression, power, and the gender pay gap are a 'triple threat' to pay.

Regarding the retail sector, the report noted that while 'shop floor to top floor' stories were often highlighted, just 4% of sales assistants had moved on to become supervisors or managers in the sector five years later. Overall, just one in six low-paid employees permanently left low-paid positions.

The problem is exacerbated when a small number of firms dominate a sector, the think tank stated. Despite comprising a small fraction of businesses overall, companies with 5,000 employees or more employ 28% of low-paid employees. Nearly 16% of low-paid workers work for 20 firms, in comparison to 9% of higher-paid employees.

Speaking at an event to launch the report, senior research and policy analyst at the Resolution Foundation Conor D’Arcy warned against complacency around the reduction in low-paid worker numbers.

“It’s really good news so far, as it’s the first time we’ve seen the number of people on low pay fall in a decade and a half, and that’s been achieved without any of the negative effects employers thought that we should be worried about,” he said.

“But however high it goes we shouldn’t be complacent; whether that’s through the government saying 'job done' or through Labour arguing for a much higher minimum wage. It can’t just be a low pay strategy on its own.

"We need greater emphasis on three frontiers of low pay: power, progression, and gender – to make sure we’re delivering for all low-paid people rather than just asking for a higher minimum wage,” he added.

Tess Lanning, director of the Living Wage Foundation, added that change can be brought about through the combination of pressure from workers and government policy.

“The living wage campaign has shown how the involvement of workers can create deeper change than when government acts alone. We’ve seen how pressure from civil society can be a lever for broader change on issues of job quality and performance,” she said.

“We would like to see all government bodies and big private sector firms adopt that sort of approach to assure the spirit and not just the name of the living wage is incorporated as an instrument of government.”