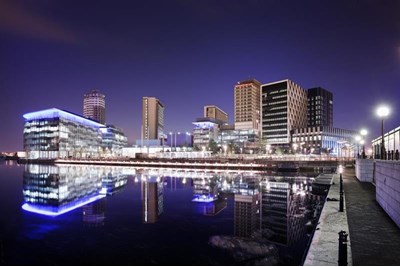 The BBC will be anonymising job applications for core roles in order to increase diversity.

The plans were announced after the broadcaster faced pressure from ministers to increase the number of staff from under-represented backgrounds.

The new diversity strategy includes removing candidates' names and the universities they went to from CVs, making sure at least 10% of apprenticeship places are taken by people with disabilities, and providing pre-application training to potential staff from under-represented groups, including guidance on preparing CVs and interview techniques.

There will also be new rules ensuring interview panels are diverse, and candidates will be asked whether they went to a state or private school, and if they are the first in their family to attend university.

A BBC spokesperson said on BBC News that the proportion of the workforce who are black, Asian or from another ethnic minority is at an “all-time high". "We'll continue doing what works but also develop new and innovative ideas to do even better, and we'll set this out in our new diversity strategy today," they added.

BBC director-general Tony Hall said he wants "to work ever more closely with others, using our influence to bring about real change". "We've been collaborating with all the broadcasters to introduce a new monitoring system that will allow us, for the first time, to measure how we're performing when it comes to diverse talent on and off screen,” he said.

"The BBC belongs to everyone and because of that we have a particular responsibility to represent as many voices and views as possible."

The news follows a pledge by the BBC that by 2020 women will make up half of the workforce on screen, on air and in leadership roles. The strategy calls for a workforce at least as diverse, if not more so, than any other in the industry.

The BBC reports that at present 48.4% of its employees are women, with women in 41.3% of leadership roles.