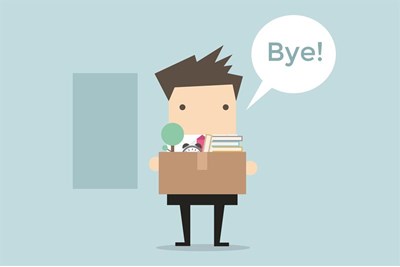 It's not "bad culture"- it's bad behaviours. The behaviours and attitude of those in an organisation create the culture and drive morale etc. Get the behaviours right and address them when they are ...

Employees quitting their jobs because of poor company culture costs the UK economy £23.6 billion per year, research by breatheHR has revealed.


The Culture Economy report found that a third (34%) of British employees have quit their jobs as a result of dissatisfaction with their company's culture.

And yet culture is still not seen as a priority in many small businesses, with the report finding that more than half (60%) of SME leaders feel a strong culture is a 'nice to have'.


The report also revealed the benefits of positive workplace cultures, including improved morale and relationships (cited by 44% of employees surveyed), better customer service and satisfaction (listed by 43%), and reduced employee turnover (35% cited).

It referenced research by the Chartered Management Institute (CMI) that revealed effective leadership could improve Britain’s productivity by 23%. However, breatheHR's research found that 53% of employees distrust their senior management team and think managers ‘don’t know what they are doing'.


Patrick Woodman, head of research for the CMI, said: “As this timely report shows, a strong inclusive company culture is essential for long-term business performance. The tone is set from the top; management and leadership play a crucial role in creating the conditions for workers to thrive. In particular transparency and communication are vital for building trust and engendering a sense of purpose among staff."

He added: “The top three things every manager should start to do are share their thinking with their team, admit to their mistakes, and uphold their company values. Employers must also recognise the pivotal role played by managers at the heart of their organisations, and support and develop them to succeed.”

The report also found that three-quarters (75%) of SME decision-makers are satisfied with their productivity, but one in five (22%) do not measure business productivity.

In response to low productivity among SMEs, 12 organisations – including Siemens, John Lewis and GSK – recently launched Be the Business, an initiative offering practical advice and mentoring sessions for clients struggling with low productivity.


The Culture Economy used a range of primary and secondary evidence on culture and its wider effects. Opinium Research ran an online survey of 2,005 UK adults and 500 senior decision-makers in SMEs on behalf of breatheHR.

It's not "bad culture"- it's bad behaviours. The behaviours and attitude of those in an organisation create the culture and drive morale etc. Get the behaviours right and address them when they are not helpful, then you develop the culture.

It is quite alarming to see 53% of employees distrust their senior management and think managers don't know what they are doing! 'Diversity and inclusion (DI)' and 'transparency and communication (TC)' are key attributes for stimulating and creating positive workplace cultures. Those organisations with bad behaviours and attitudes often lack DI and TC attributes.

I've written two case-study-based books on the link between brand and business performance and corporate culture. What we have undoubtedly seen in the last decade has been a relentless focus on short-termism, technical skills, delivery for the quarterly shareholder report and a cost-reduction, risk-averse mentality. There has been little inspiration, focus on values, behaviours, leadership development and organisation purpose, the stuff that actually inspires, uplifts and motivates. This has led to a mis-match between what employees read in the PR and adverts and experience in the day-to-day corporate culture QED articles like this detailing eye-watering figures and a run of brand disasters where the "walking dead" undermine the leadership. Managing corporate culture doesn't happen by luck or chance. It requires a proper, world class strategy like any other leadership discipline.