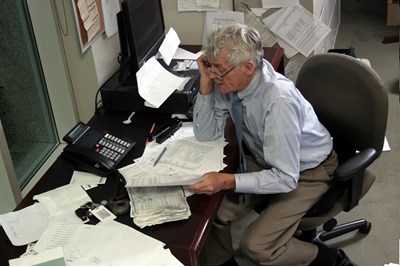 Baby Boomers (those aged 55 and older) are the most likely of all workers to delay or avoid seeking medical help for symptoms associated with mental ill health, according to an intergenerational study by Bupa UK.

But in a survey for Bupa's new campaign, Baby Boomers were found to be reluctant to talk about mental health. One in five (21%) employees aged 55 and older felt it’s not appropriate to discuss mental health problems at work, and only one in 10 (10%) said they confide in their colleagues or manager about their symptoms. This was in comparison to millennials, where 18% would tell a colleague or manager.

The impact of this is that older employees are among the last to seek help for their symptoms, according to Bupa, delaying medical help for 54 days on average. Both Gen Z and millennials would delay by an average of 45 days.

Researchers said that more needs to be done to engage this group around mental health.

"Our research suggests that many older workers don’t consider that their symptoms indicate anything serious – so don’t seek help. But another common factor is that they don’t feel it’s appropriate to talk about [this] at work, or aren’t aware of their employer’s mental health policy," Pablo Vandenabeele, clinical director of mental health at Bupa UK, told HR magazine.

"HR professionals have a role to play in making sure that everyone is fully informed on mental health – in terms of recognising the signs and the support and treatment available – so that people feel comfortable and able to come forward with their concerns. Mental ill health can affect people of any age, and being aware of the signs and symptoms doesn't become any less important as we get older."

Vandenabeele went on to note the signs and symptoms HR can look for in people who may be struggling: "One of the most common mental health issues to look out for is workplace stress. HR professionals may notice that employees begin to lack confidence, find it hard to concentrate, or constantly worry about work. Or they may be more emotional or irritable than normal, or even have physical symptoms such as headaches, nausea or even chest pain. It’s important that employers keep an eye out for these signs as early diagnosis of mental health conditions can have a positive impact on the long-term prognosis."