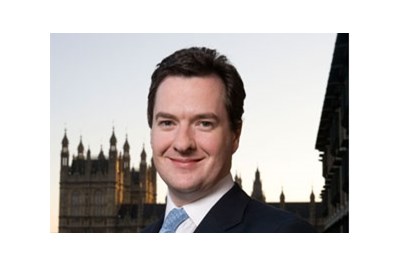 The Government has launched its National Infrastructure Plan to boost growth by upgrading transport links – to help business and create jobs.

The chancellor George Osborne (pictured) said today in his Autumn Statement: "We are identifying over 500 infrastructure projects we want to see built over the next decade and beyond. Roads, railways, airport capacity, power stations, waste facilities, broadband networks. And we are mobilising the finance needed to deliver them too.

"The savings I've announced in the current budget have enabled me today to fund, pound for pound, £5 billion of additional public spending on infrastructure over the next three years.

"New spending by Network Rail, guaranteed by the Government, will bring a billion pounds more and we are committing a further £5 billion to future projects in the next spending period, so the planning can start now.

"This is public money and by exploring guarantees and letting city mayors borrow against future tax receipts we are looking for new ways to deploy it.

But we need to put to work the many billions of pounds that British people save, in British pension funds, and get those savings invested in British projects.

"We can today give the go ahead around the country to 35 new road and rail schemes that support economic development."

For example, he said: "In the South East, we will build a new railway link between Oxford, Milton Keynes and Bedford that will create an estimated 12,000 new jobs.

"Right here in London we will work with the Mayor on options for other new river crossings, for example at Silvertown.

"And we will support the extension of the Northern Line to Battersea in partnership with the private sector. This could bring 25,000 new jobs to the area.

"Devolved administrations in Scotland, Wales and Northern Ireland will get their Barnett share - and we're working with them to improve the links between our nations, such as the M4 in South Wales and the overnight rail service to north of the border."