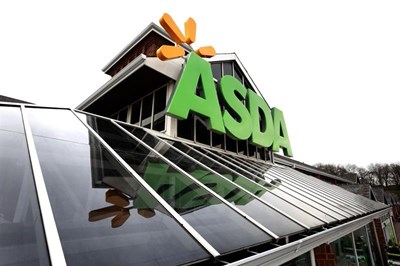 Asda workers who dont want to work to the new contract should refuse to sign the new contract. If Asda have a problem then if they sack them without a redundancy payment it's unfair dismissal claims.

As retailers face pressure due to a hike in prices of goods and a weak pound, more employers could seek to change terms and conditions over the coming months

Asda’s staff will stage protests on 14 August after being told to accept changes to their contracts or lose their jobs, it has been announced.


The amended contract was previously voluntary but GMB members now say workers are being forced into signing the new deal. Under the new terms it will be compulsory for staff to work on bank holidays, while paid breaks will be scrapped in exchange for a new £9 an hour basic rate.

A leaflet being handed to workers outlines plans to let go of staff who refuse to consent to the new terms, according to the Daily Record. It states: 'You will have a number of 121s with your manager. As part of the 121 process we hope you agree to move to the new contract. If you still don’t want to sign up to the new contract after those 121s, at that stage, we would issue notice to terminate your employment on your existing terms and conditions. We will offer to re-engage you on the new terms. If you choose not to accept the new terms you would leave the business.'

GMB described the move as ‘punitive’ and highlighted that workers face losing out on hundreds of pounds as a result.

"We're calling on Asda to come back to the negotiating table and give this dedicated workforce a fair deal," said GMB national officer Gary Carter in a statement. “This demonstration will send a loud and clear message to Asda that however much pressure management has put on staff to sign, workers believe contract six is still not good enough.

“Asda is a multi-billion pound highly-profitable company. It can afford to treat staff better than this. The new contract cuts holiday entitlement, slashes bank holiday and night shift pay, and introduces an any time, any place, anywhere culture that risks a hugely damaging impact on the predominately part-time, low-paid, female workforce, who need flexibility that works for them."

British supermarket chains have come under increasing pressure in recent months. Tesco announced yesterday (5 August) that it is to axe 4,500 jobs across 153 of its stores. In July Sainsbury's posted a 1.2% fall in total sales, despite cutting prices on more than 1,000 products since February.

Speaking to HR magazine, employment partner at Howes Percival Matthew Potter warned that there is a strong chance of similar instances over the coming months, as UK supermarkets face economic strain. “It may appear harsh but I suspect this will be the first of many employers seeking to change terms and conditions over the next few months. This is especially true in an ever-uncertain economy in which prices could increase significantly,” he said.

“A weak pound has meant that it costs more to import goods, and although many retailers have attempted to avoid passing that price onto the consumer more are finding that they have to. That cost could increase even further in the event of a no-deal Brexit. As retailers are forced by the public to keep the cost of a weekly shop down, they need to look at other overheads such as employment costs if the cost of goods and importing them continues to increase.”

Potter added that the process is fair as long as the organisation adopts the correct practices: “Provided a fair process is adopted, any dismissal arising from that process will be deemed to be for a potentially fair reason, as it is a commercial requirement to make the changes. That fair process must include a 30-day collective consultation exercise.

“There is the risk of adverse publicity but many employees in the UK are already not entitled to paid breaks so may not have much sympathy. There are also many employees who already have to work bank holidays,” Potter highlighted.

An Asda spokesperson said in a statement: “This new contract will see Asda invest in a pay increase for over 100,000 retail colleagues, as well as enabling us to deliver better service to our customers in an intensely competitive marketplace. We are continuing to talk to our colleagues about this change and to understand what it might mean for their individual circumstances.”

Asda workers who dont want to work to the new contract should refuse to sign the new contract. If Asda have a problem then if they sack them without a redundancy payment it's unfair dismissal claims.