Are employers responsible for what happens at Christmas parties? 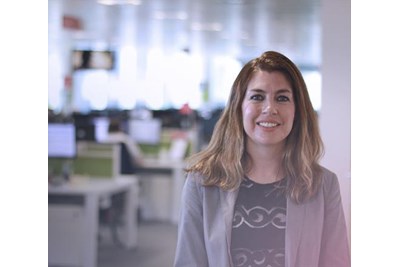 Alcohol consumption, coupled with a relaxed social atmosphere, can foster situations that may not occur in the everyday office

While festive social gatherings are usually very popular with the workforce, and can offer the chance to reward and engage with employees, they can also give rise to instances of poor behaviour from staff.

Although Christmas parties are fundamentally a social and fun occasion they are also (as official company-organised events) an extension of the working environment. In other words: if employees behave in an inappropriate, aggressive or dangerous manner while at the party their employer may be responsible for their actions.

Legally an employer has a duty to protect the health, safety and welfare of its employees. By extension, it can be liable for actions committed by employees in the course of their employment if it cannot demonstrate it took ‘reasonable steps’ to prevent it. For example, companies should have policies that set out the type of behaviour expected from employees and that which will be considered unacceptable. If an employee claims they are being harassed by a colleague the company is expected to take swift action to deal with it in line with the policy.

An employee who is harassed may be able to seek compensation from their employer if it can be shown that the employer took no steps to try to prevent this behaviour. This is known as ‘vicarious liability’ and also extends to work-related social gatherings.

The rise of the #MeToo movement has seen a significant number of women across the globe come forward claiming to have been sexually harassed within a professional environment. If this was to occur at a Christmas party, and is not properly managed or responded to by the employer, it could face claims of vicarious liability.

An employer should remember that this level of responsibility can also extend to ‘after-party’ drinks. Although these are not officially organised by the company it may still be liable for the actions of its employees if it can be established that their conduct is sufficiently connected to their position. An example of this is the recent case of Bellman v Northampton Recruitment; where a manager had punched one of his employees in the face. The Court of Appeal found that the company was liable for the actions of the manager as, although this occurred in an after party, all drinks and taxis had been paid for by the company and the manager was acting within his management capacity.

Although Christmas parties are usually a positive way of motivating a workforce and a fun occasion for everyone involved, companies must ensure that their workers maintain certain standards of behaviour. A key element for employers to demonstrate that they are not vicariously liable for the behaviour of an employee is to have a robust anti-harassment and bullying stance including policies and training for employees on the effect of the policy.

Kate Palmer is associate director of advisory at Peninsula