Approaches to failure and management maturity 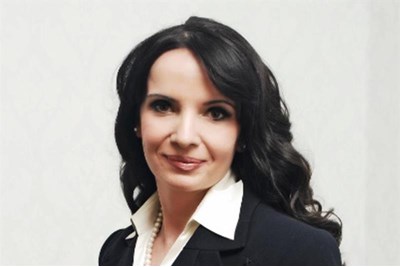 Harvard Business Review recently published an article by Julian Birkinshaw and Martine Haas entitled 'Increase your return on failure' [i]. The main gist of the article is that one of the most important reasons established companies struggle to grow is fear of failure. The authors conclude that the best approach to failure is to learn from mistakes, share the lessons learnt across the organisation and review the pattern of failure to ensure the overall approach to failure is working.

However, not all organisations use this approach to failure. Different approaches to failure could be mapped to the five levels of management maturity and specific type of organisational culture typical for each of these levels, shown in the Emergent Leadership Model [ii] (Figure 1).

At Level 1 organisational culture is apathetic, based on fear, and any failure would result in blame. This will create more fear and block further initiatives and actions. At Level 2 the culture is stagnating and both leaders and employees do the minimum they can get away with, just to get a paycheque. The dominant approach to failure is indifference, both in terms of taking new initiatives and in terms of learning from mistakes and sharing lessons learnt.

At Level 3 the culture is orderly, characterised by command and control. At this level employees often get punished for mistakes in some way, they will follow orders, and are reluctant to take the initiative and unleash their creativity because of the worry about the consequences of mistakes.

Then the Big Shift leads to Level 4 where culture is collaborative and employees are encouraged by leaders to experiment with new ideas even if they might not work. Organisations operating from Level 4 would have adequate processes in place to ensure everyone is learning from mistakes, experiences are shared widely, and sometimes they would even celebrate mistakes by acknowledging these mean they are trying something new and in this process innovation emerges.

At Level 5 the culture is unbounded and this is the level where amazing, groundbreaking innovations happen. Approach to failure at this level is purpose-driven. Teams and organisations at this level are driven by higher purpose, trying to solve big problems that are important for humanity and make this world a better place. Trying many new things and failing repeatedly is embedded in organisational DNA for Level 5 organisations, as only after a number of failures can a breakthrough be achieved. They have very sophisticated processes for communicating and exploring collectively any failure that is seen as the next step towards success.

10 approaches to failure and management maturity

Whether we consider approaches to improving engagement, performance, innovation and profitability or approaches to failure, similar conclusions can be drawn: organisations operating from empowering Levels 4 or even 5 will normally outperform those organisations that are still stuck at lower levels, experiencing command and control-based organisational cultures. The way forward, stepping into the future of work is quite obvious!

[i] Julian Birkinshaw and Martine Hass :" Increase your return on failure", Harvard Business Review, May 2016, pp. 88-93

[ii] Vlatka Hlupic: “The Management Shift - How to Harness the Power of People and Transform Your Organization for Sustainable Success”, Palgrave Macmillan, October 2014