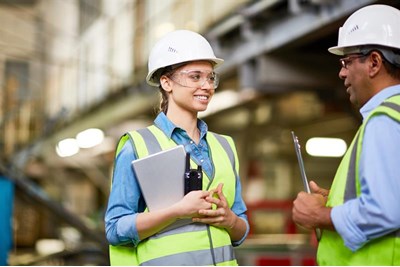 Figures from the Department for Education reveal a slight increase in apprenticeship starts, but there are continued obstacles for employers

There's been a 15.4% increase in apprenticeship starts in the first quarter of the 2018-19 academic year compared to the same period in 2017-18, according to Department for Education figures.

Kirstie Donnelly, managing director of the City & Guilds Group, said that while skills and training have never been more important as the UK prepares to leave the EU, the government is currently not offering enough flexibility on apprenticeships.

“With the current climate of socio-economic uncertainty affecting UK businesses, it’s never been more urgent to improve the skills of our workforce and invest in training and retaining the talent that we already have,” she said.

“However, our recent Flex for success? research shows that the government is not moving fast enough to address employers’ concerns around apprenticeships. Ninety-three per cent of levy-paying businesses cite some form of barrier preventing them from investing in apprenticeships, while 92% are demanding greater flexibility in how they spend their allowance.”

Organisations that did not use the full levy allowance in 2017 are required to return unspent funds to the Treasury in February.

Donnelly urged the government to extend this timeline. “We know that almost all businesses failed to spend the full amount when the new system was rolled out in 2017. If businesses could flex their levy further 45% would spend it on non-apprenticeship training, and 55% on apprenticeships,” she said.

“We are urging the government to give businesses more time to get their heads around the system, and to create more trust with employers.”