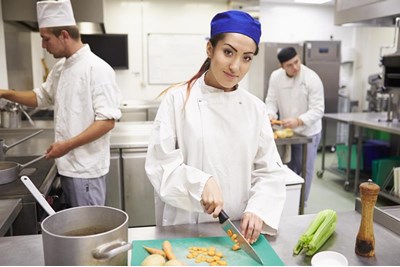 However, some employers are struggling to get to grips with the apprenticeship levy

Employers are scaling up their apprenticeship programmes in 2017, with hiring expected to increase by 59%, according to the Association of Graduate Recruiters (AGR).

The Apprenticeships Survey of 114 organisations found that 83% of student employers have apprenticeship programmes this year, and they expect to hire at least 12,281 apprentices between them. This is an increase of 4,581 apprentices compared to 2016.

This increase does not seem to be affecting opportunities for graduates. Three-quarters (74%) of employers confirmed that their apprenticeship plans will not affect graduate hiring this year.

Stephen Isherwood, CEO at the AGR, stressed that employers should be doing more to get their message out to students.

"There are many things employers should consider when developing a degree apprenticeship, such as specialist knowledge of potential providers and method of delivery, as well as support with the recruitment of students – as this is an immature market,” he told HR magazine. “To get the message to potential students, sector collaboration is vital and will have the most impact – employers and trade bodies need to work together. Early collaboration in the creation of degree apprenticeships is essential to building programmes that work for employers, students and providers.

"The industries that have a history of co-creating degrees with universities have been quicker to adapt their programmes to the new apprentice levy regime,” he added. “This is logical as creating a new degree pathway that involves work and study takes time and expertise.”