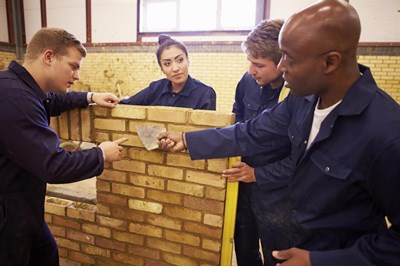 #give apprentice levy a chance. It's still in its infancy and if this isn't going to provide an opportunity to address skill shortages - what is?

Though nearly half (46%) of levy-paying employers think the levy will spur them to relaunch current training to claim back the allowance, four in 10 (40%) said it will make little or no difference to the training they offer.

The CIPD survey of more than 1,000 employers also showed that nearly half (46%) of levy-payers will simply rejig their current training activity to comply with the new regulations.

Lizzie Crowley, skills advisor at the CIPD, said that the results demonstrate that the current system for apprenticeships is too rigid. “Our research shows that the straitjacket of the apprenticeship levy is forcing many firms to re-badge a lot of their existing training as apprenticeships, as they seek to claw back the levy they pay,” she said.

“In many instances this is not adding any additional value and is creating a lot of additional bureaucracy and cost. Apprenticeships are extremely important, but other forms of training are equally valuable and often more flexible and better-suited to the needs of organisations.”

The findings, from the report Assessing the early impact of the apprenticeship levy, follow government figures that showed a decline in the number of apprenticeship starts, with just 48,000 starts between May and July 2017 (a 59% drop compared to the same period in 2016).

The report made a number of suggestions for reforming the levy, including running an awareness campaign across England and Wales, and investing £13 million a year to provide HR support for small businesses.

“The government needs to seriously review the levy to ensure it is flexible enough to respond to employers’ needs and to drive the greater investment in high-quality training and workplace skills needed to boost UK productivity," Crowley added.

Petra Wilton, director of strategy and external affairs at the Chartered Management Institute (CMI) commented, however, in defence of the apprenticeship levy. "The question of whether the UK has an ‘apprenticeship’ or ‘training’ levy is a distraction from the key issue in this debate: how can the UK overcome its chronic underinvestment in employee training and development?" she said.

"It must be remembered that the apprenticeship levy was introduced to force UK businesses to make this investment, and deliver a globally competitive workforce.

“The levy is bringing about this much-needed transformation in skills, but it will take time to embed and for all employers to realise its potential," she added. "At only eight months in it is too early to call time on this intervention."

#give apprentice levy a chance. It's still in its infancy and if this isn't going to provide an opportunity to address skill shortages - what is?