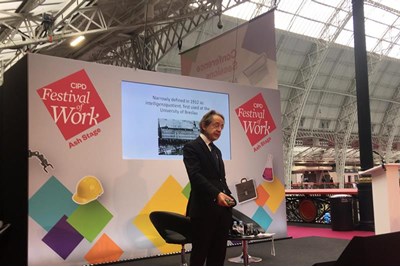 Human intelligence has been reduced to a very narrow definition of intelligence, according to Anthony Seldon, vice-chancellor of the University of Buckingham.

Speaking on day two of the CIPD Festival of Work, Seldon warned that “unless we understand what human intelligence is in breadth we’ll be eaten alive by AI”.

The problem is that there is a big mismatch between employers and educators, as the UK’s education system doesn’t understand the world of work and is focusing on a narrow form of intelligence that does not cover the scope of the skills needed in the workplace, he explained.

However, the first two – logical and linguistic – are “all universities care about and that goes to the heart of the problem”, he said. “That’s because these are only measurable quantifiable IQ-based qualities. But what about the other six?”

Giving the example of social intelligence, Seldon said there are “four billion young people globally of school and university age and they do exams and work entirely on their own”.

“What does that approximate to? How many of you in places of work have ever needed someone who just sits on their own? So then why do we allow this insanity and dehumanisation [to happen when we’re] in the face of AI?” he asked.

“We’re not preparing students for the world of work,” he said, pointing to numerous studies undertaken in the last six years showing this.

“People are being tested on the very skills that algorithms will be able to do better. And the very things we need to teach are the things that are not taught in colleges and schools.”

While the impact of AI and digital on industries is widely understood, “it’s not yet taken seriously in teaching and learning in our schools”, he added.

Seldon asked the audience to visualise London in 2035 with computing power one million times more powerful than today, ubiquitous technology, sensors in the home and work, implants in bodies, drones, and health being transformed so people can have real-time monitoring.

“We need to prepare people for this,” he said, whereas education currently emphasises important skills as those that are “abstract rather than real world”, “solo working over collaborative working” and where there is “one right answer written down over spoken answers and complexities”.

Instead, the key skills employers will need in the future are data or digital literacy, technological literacy, human literacy, and transferable literacy, he said.

Seldon also cited the fact that employers and educators don’t communicate enough with each other and said that neither are prepared enough for the fourth Industrial Revolution.

There are a number of things employers can do to help better align education and work, Seldon recommended: be clearer about the skills you need, talk to schools and colleges more, talk to universities more, lobby the government, and open company doors to placements from teachers and university staff and vice versa.

Seldon also encouraged HR professionals to take on school governor roles outside their day jobs to help bridge the mismatch.

“There’s a desperate need for people like yourselves to be school governors – you can add things and schools can learn from you,” he said. “We’ve got to make this change and bring it into our own workplaces. Get teachers in and work together to get schools and local colleges and universities to recognise that we’re on the same side".

Seldon warned that if employers and educators fail to work together to develop the skills needed in the world of work to compete with algorithms, “we'll be no more important to machines than ants are to us”.

Laying the blame at the feet of schools and teachers is wholly unfair. Educators had a good handle on this and certainly in my experience want to emphasise the kinds of skills that stand young people in good stead, however genuine reform seems beyond what older people, the voters, would accept and politicians are capable of moving forward. Woe betide any education secretary who tried to genuinely tear up A-levels. Instead they hark back to a previous educational model that worked for them and try to replicate it...