An evidence-based approach to diversity and inclusion 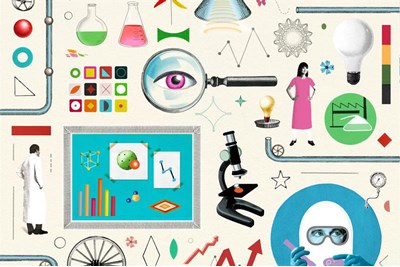 The need to be seen to be doing something around D&I is strong, but search for evidence first

Gender and ethnic diversity in UK organisations have recently been subjected to significant public scrutiny thanks to the Hampton-Alexander Review (Improving Gender Balance in FTSE Leadership) and the McGregor-Smith Review (Race in the Workplace). According to McGregor-Smith: “The time for talking is over. Now is the time to act”. As convenors of the British Psychological Society’s Diversity & Inclusion at Work group we couldn’t agree more. Yet important questions remain about which actions governments and organisations should take. Limited progress is probably not due to a lack of commitment – the government and organisations already make considerable investments into diversity initiatives. Poor progress is, in our view, a consequence of the limited attention paid to the evidence for the effectiveness of such initiatives when making decisions about which actions to take.

The McGregor-Smith Review acknowledges that “there is limited academic evidence on what employer practices and policies work best in improving progression of BME individuals at work”. Globally we have a poor track record of examining the evidence for the impact of diversity and inclusion (D&I) initiatives. A review by two North American academics, Ellen Foster Curtis and Janice Dreachslin, similarly concluded that “the measurable effectiveness, per se, of specific diversity interventions that are undertaken to improve organisational performance has not been well-researched in the laboratory, classroom, or field”.

It is difficult to make progress where we don’t know how effective or otherwise our proposed solutions are. It is even more challenging in a field such as D&I in which the moral case for diversity can lead to an urge to just do something no matter how ineffectual it may be. We need to adopt a new approach. Evidence-based diversity and inclusion management is just such an approach.

What is evidence-based D&I management?

Conscientious means making effort and being careful in the collection and use of evidence. Explicit means the evidence or information is written down or communicated in ways that are transparent and open so that it can be properly assessed. Judicious refers to making judgements about the quality or trustworthiness of the evidence so that more weight is given to the best-quality evidence rather than all or any evidence.

D&I practitioners do already use evidence in their work. If, for example, a large organisation wants to increase the proportion of black, Asian and minority ethnic (BAME) senior managers, the first thing it often does is commission internal research on the perceived career barriers reported by its own minority ethnic staff.

Such evidence can be useful but so too can examining the scientific evidence for what is known more generally about the factors that may influence low BAME representation in management. Scientific evidence is often neglected. As is the value of using evidence to, as precisely as possible, understand the problem before using it to identify possible actions that may help solve the problem.

It is important from an evidence-based practice perspective to analyse evidence for the problem first and only then consider evidence for possible solutions. Evidence-based practice can also help avoid the adoption of ‘fads and fashions’ (for example, setting up a faith-based network simply ‘because we don’t have one’). Instead we encourage HR professionals to follow the steps below in conducting evidence-based D&I practice. First for the diversity problem/opportunity and only when and if this is well-understood then for the possible solutions.

A further advantage of adopting an evidence-based approach is it helps practitioners avoid the problem of ‘solutioneering’ – defining the issue as the absence of a particular solution (for example, ‘the problem is that we do not have a mentoring programme’) rather than what the actual problem may be (BAME staff are not getting promoted at the same rate as white staff).

Reports such as the McGregor-Smith Review can sometimes act as a driver for solutioneering because they contain blanket recommendations such as, in this case, providing unconscious bias training for all employees. Although the review recommends that unconscious bias training is tailored for specific roles, this advice in itself is unlikely to be enough to ensure training is designed to achieve the desired outcomes.

There are three main reasons for this: First, training on its own is not likely to bring about behavioural change. Other supports need to be put in place once the participant returns to the workplace to help the transfer of said training.

Second, the evidence for what works to reduce unconscious bias is drawn mainly from laboratory studies and has yet to be tested adequately in the field. A review conducted for the Equalities Challenge Unit concluded that evaluations of the impact of such programmes are sparse.

Last, and perhaps most importantly, unconscious bias may only be one out of many factors that are preventing change. Other factors include conscious biases as well as structural and process issues.

In other words: however much awareness individuals develop about their own unconscious biases, and however willing they are to behave differently, if there are no interventions in place to tackle these other factors then outcomes for BAME staff are unlikely to change simply by making all employees undertake unconscious bias training.

To take just one example – unconscious bias by selectors is often cited as the reason for the under-representation of BAME employees in managerial roles. While it may play a part, it is not the only factor or even necessarily an important factor. To make a real improvement to the recruitment of BAME candidates the Big 5 consultancy firms have decided to drop the requirement to have a 2:1 degree for entry to their graduate management programmes. This was having an adverse impact on BAME candidates who may have performed less well in their degrees because of discrimination in their undergraduate programmes. Before embarking on unconscious bias training organisations need to identify and understand exactly what the problems are and which particular factors are acting to keep inequalities in place. With this understanding they will then be in a better position to design initiatives that have a real chance to be effective.

Build on your existing frameworks

While on the face of it this approach may seem challenging or complex it is important to bear in mind that D&I practitioners already use evidence and existing approaches can be developed and strengthened. In particular, by including scientific evidence and paying more attention to the quality of evidence from all sources we can move much closer to evidence-based D&I management. It is also critical to view this not as a one-off activity but rather the development of practitioner skills and organisational resources, which with time will improve our capacity for engaging in evidence-based D&I.

Promoting equity for BAME people at work is complex and there is no shortage of advocated interventions. However, we encourage HR and D&I practitioners who are eager and willing to heed McGregor-Smith’s call to action, to avoid the pressure to be seen just to be doing something. Instead, try being conscientious, explicit and judicious in the use of the four sources of information described, in order to identify D&I problems and design effective initiatives. Without adopting an evidence-based approach to D&I management, we risk becoming part of the problem in that our diversity initiatives will remain largely symbolic and we will still fail to address real problems or bring about meaningful and sustainable change.