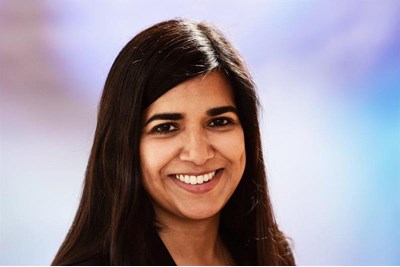 The circumstances in which NDAs can be used, and practical guidance on drafting such agreements

For an employer the main purpose of a non-disclosure agreement (NDA) is business protection. This may involve protecting the disclosure of its confidential commercial information in the normal course of business, for example during a recruitment process that includes discussion about the business’ future plans. NDAs (or confidentiality clauses in settlement agreements) seek to restrict the disclosure of allegations that have been made against a business and the potential reputational damage that would be a consequence of publicity. The employer requires the employee to agree not to disclose the commercially confidential information and/or not to pursue a claim in respect of the allegations they have made.

An NDA usually includes an agreement to make a payment to the employee in return for their agreement to honour confidentiality and not pursue a claim.

For the employee the purpose of an agreement settling an actual, or potential, claim is usually to ensure that they avoid spending time and legal costs litigating the issue, avoid the litigation risk, receive compensation for the conduct about which they complain, and also to enable them to put the matter behind them. Employees may be just as keen on confidentiality provisions as an employer. That is why it is usual for such agreements to include mutual confidentiality provisions, as well as mutual non-disparagement clauses. The employee will want to protect their own reputation too.

The recent controversy behind NDAs lies mainly in the perception that allegations can be swept under the carpet in this way. However, it is worth remembering that the law expressly provides for settlement agreements compromising statutory claims, such as claims of sexual harassment, to be upheld as valid if certain conditions are satisfied (section 203(1) of the Employment Rights Act 1996 and section 144(1) of the Equality Act 2010).

The safeguards that have been put in place require independent legal advice to have been taken by the individual, or for a compromise to take place through ACAS conciliation, for a settlement to amount to a valid compromise of a statutory employment claim.

The purpose of these provisions is to protect individuals from signing away their statutory employment rights without understanding what they are doing, and to balance out the unequal bargaining power between an employer and individual employee by including lawyers (or ACAS) in the process.

Practical tips on drafting an NDA

It is usual to make clear that:

It may be appropriate to seek to agree that the fact of, as well as the terms, of any settlement are confidential. This will, in part, depend on whether the existence of the dispute is already public.

An NDA (or confidentiality provision in a settlement agreement) is more likely to be upheld as valid and enforceable if:

Employers are, understandably, keen to protect the reputation of the business by preventing disclosure of allegations made by employees. NDAs have always been a useful tool for achieving this. However, it is clear that entering into an NDA does not necessarily avoid reputational damage. In particular if the existence of the NDA becomes known that itself can lead to reputational damage. Businesses need to be aware of that risk when entering into NDAs but also when considering whether or not to pursue an employee for actual or threatened breach of an NDA.

Diya Sen Gupta is a barrister at Blackstone Chambers