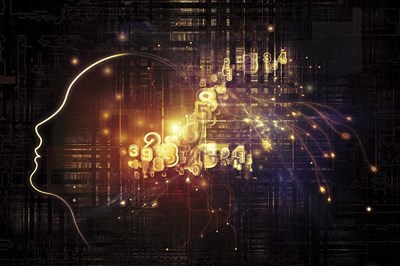 Only 39% of people are interested in a career in AI with 59% of those aged under 45, according to research by the Department for Business, Energy & Industrial Strategy (BEIS) and Kantar Public.

The report, which was released for London Tech Week this week, also found a gender divide over interest in AI jobs. Just 31% of women said they’d be interested compared to 47% of men.

More than 60% of people were excited to see what AI can do, however, and awareness levels of AI in everyday life were found to be more than 60%.

But there appeared to be low awareness around the impact of AI on work. Half of those surveyed (50%) didn’t know how many jobs AI could create worldwide by 2030 (58 million), and only 11% guessed correctly that AI is estimated to add £232 billion to the UK economy by 2030.

Researchers noted that AI is set to provide a wealth of benefits through improving healthcare, tackling climate change and driving up business productivity. The UK could be leading the charge, BEIS stated, highlighting that a new AI start-up is founded almost weekly in this country.

As part of its Industrial Strategy the government has introduced a new industry-funded AI Masters programme, launching with around 200 students in September 2019. This programme will expand to include more students each year, BEIS said.

The government has also established a fellowship scheme, run in conjunction with The Alan Turing Institute, to attract and retain AI talent in the UK. It said that it is working towards an additional 200 doctoral studentships in AI and related disciplines per year by 2020 to 2021. The aim is to have at least 1,000 government-supported PhD places at any one time by 2025.

Wendy Hall, regius professor of computer science at the University of Southampton and one of the government’s AI skills champions, commented that diversity must be a priority. “We in the UK are a world leader in AI, with a start-up founded weekly, an estimated worth of £232 billion to our economy by 2030, and investment growing nearly sixfold in the past four years,” she said.

“Now, with a sector that’s likely to pervade every industry in the future, we need to continue to educate that AI is a sector for all – regardless of your background skills, age or gender – to harness the opportunities. Diversity is so important in AI as it prevents the inherent bias of programmers distorting algorithms, creating a fairer and high-quality output.”

Laura-Jane Rawlings, founder and CEO of Youth Employment UK, said that levels of interest in AI among young people were encouraging. "It is great to see that young people are interested in careers within AI. We know this is going to be an important sector, affecting the way we live and work,” she said.

“In our Youth Voice Census Report 2019 young people told us that they want more support in picking jobs that will suit them. It is really important therefore that we ensure there is great-quality information about the range of careers and training opportunities that are here today and will be here in the future in AI."