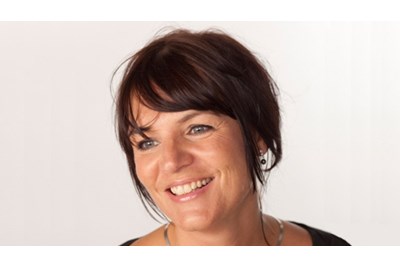 BBC's HR director shares views on what she would have done differently in payoff scandal and whether HR should be a moral compass.

Outgoing BBC HR director Lucy Adams has admitted she should have “pushed harder” to challenge some severance payments to outgoing BBC bosses, but has defended the majority who received “contractual entitlements”.

Adams accepted full responsibly for her part in the payoffs scandal, but does not believe HR should be the moral conscience of an organisation.

Last year, the BBC came under fire for paying more than £25 million to 150 outgoing executives between 2009 and 2012, which included £2 million more than they were entitled.

Described as “sweeteners”, the payments sparked a furore over the publicly-funded broadcaster misusing taxpayer money at a time when most public services were subject to cuts.

Adams, speaking at yesterday’s HR Directors Business Summit in Birmingham, said the BBC was under significant pressure to save £700 million by 2015 while freshening talent in an organisation that has staff turnover of 2%.

“To save costs we took £20 million a year off the cost base, which goes into programming. We took out 30% of senior managers, 200 senior managers and many of which who didn’t want to go. So that was a really compelling need for the organisation.

“In terms of the shareholders, I was naive in assuming that because we were going to be saving £20 million a year [it would be well received]…what we should have been doing was pushing harder to make sure those shareholders and licence fee paying voices were heard.”

Although she should have challenged harder in “a couple of cases”, Adams defended the majority (95%) of severance payments, which were based on contractual entitlements built up over many years.

“You can argue those legacy entitlements belong to another era, and you’d be right,” she said. “But they were getting their contractual entitlements.”

Between a rock and hard place

One thorny issue the scandal has highlighted is the role HR should play in executive remuneration.

The sweeteners at the heart of the scandal, also known as golden goodbyes, are a “tough issue” Adams believes HR directors “wrestle with all of the time”.

“Someone was saying to me if you spend £1 and save £10, that is probably a good thing. But as it turned out if you spend £1, but only strictly legally had to spend 80p, then that 20p is a bad decision… this is the climate we were under,” she said.

“I think ultimately it is a bit tough to say HR has to be the organisation’s conscience. In relation to severance arrangements, or golden goodbyes, there are several people, all of whom have a voice to be heard, and it’s HR’s responsibility to make sure all of those voices should be heard, including the view of the shareholders.”

During the scandal, Adams was subject to hostile media coverage, sometimes personal and bitter, which she believes was a “moral crusade” by a “number of papers that are quite comfortable with an anti-BBC agenda”.

For her part, Adams said it was only fair she took full responsibility for her role. “I got paid good money (£320,000 per annum), I was a senior person on the executive board and involved in some of those decisions,” she said. “You take the flak when you have to.”

Since a Public Affairs Committee probe into the payoffs scandal, the BBC has curtailed contractual entitlements to redundancy, something Adams said she proposed two years ago. It has also tightened up governance, controls and injected more external challenge to severance arrangements.

After leaving the BBC in March, Adams said she would take some time away from HR to help others build resilience, a trait she has developed under trying circumstances.