Achieving change – time for HR to be courageous 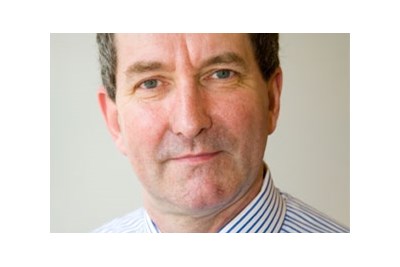 HR needs to listen to what leaders and others in their organisation think and want. But not everything everyone says is to be followed. That way chaos and failure lie.

We in HR must listen to what people say, but balance it against what other people say and what we know the organisation wants and needs to achieve.

On several occasions over the past year I have seen HR teams change course, stop doing certain activities and have a crisis of confidence as a result of 'feedback' from a few in the organisation.

This goes to the heart of what HR must do. We must not panic at the first sign of dissent, instead keep it simple and focus on enabling the organisation to deliver what it has to do and no more. No over-complicated 'best practice' that alienates the people we are trying to help.

Reacting to the 'noise in the system' about HR is counter-productive. There is a difference between a few voluble individuals – who often have a reputation for their noisy behaviour – and consistent feedback from a wide variety of sources. We cannot allow the greater good of the organisation and its people to be sacrificed to the perspectives of a few, no matter how passionate or voluble they might be.

This leads on to the courage we have to do the right thing as professionals. If HR is criticised by a few individuals but what we are doing is supported by the silent majority and is improving the organisation, what should we do? Do we take the safe course to protect HR, or should we face down critics, and do what’s right for the wider organisation not just HR?

I can recall at least two occasions in major organisations where critical change initiatives, which would have significantly benefitted the organisation, were stopped because HR didn’t like the 'heat' it was getting. If that’s the way we respond then let’s not do change in HR, let’s hand it over to another function who has the determination to carry it through despite the objections.

I have worked with four finance functions of global organisations in the past year who are taking over the mantle of change from the HR function, as they think that they have the ability to deliver it better. The assumption within HR that we are the natural home for the delivery of change is now being challenged, due to our failure to deliver collaborative change effectively in the past.

Change will reveal the people that don’t want to change or can’t. And isn’t it natural that they will do whatever it takes to protect their vested interests? Furthermore, isn’t it the role of senior HR leaders to challenge the voluble critics to provide evidence for their assertions, evidence of their support base, and a potential solution to achieve the same objective via a different route? We keep saying feedback should be constructive, but then often fail to demand that others live up to those standards.

If we get things wrong then we should be criticised. We should be held to account, because we need to do the best for the organisation and the majority of its people. But in the process of achieving that we must expect criticism and we must not just roll over. We owe it to the many not to let the few divert us from delivering for the greater good.

Those few should be challenged to join the movement for improvement rather than sniping at it from the outside. If they fail to take up that challenge maybe they should be asked if they want to be part of the change at all. Change and improvement can’t be delivered while keeping everyone happy. We in HR need to accept that and deal with these challenges, both professionally and with determination and courage.

Chris Roebuck is visiting professor of transformational leadership at Cass Business School in London and has held senior HR roles in a number of organisations. Roebuck is also a 2014 HR Most Influential thinker.