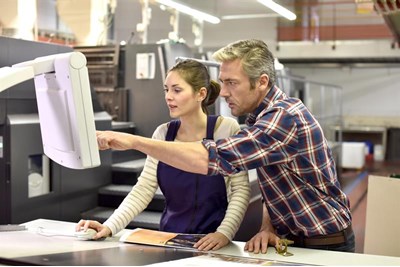 I’ve been discussing with HRD’s and CFO’s the levy and their subsequent plans around it. On the whole meetings have been productive but each company seems to fall into one of three camps. Camp 1- ...

A third (33%) of UK employers eligible to pay the new apprenticeship levy are unaware it even exists, according to a survey from City & Guilds.

A vast majority (87%) of employers reported that they currently struggle to recruit the staff they need. Almost three in 10 (29%) said they find it hard to fill apprenticeship places, and this is before competition for talented candidates intensifies following the introduction of the levy.

“The lack of awareness about the new apprenticeship system among our respondents is a cause for concern and shows that we still have a hill to climb in convincing people about the benefits apprentices can bring to business,” she said. “However, those that do know about the levy are saying it is a great way for employers to pay for training, so there is clearly understanding and appreciation of apprenticeships out there.

“With just two months to go until the levy begins it’s vital that everyone in the skills sector and government gets out there and communicates with these less-enlightened businesses to help them see the huge potential benefits apprenticeships can bring.”

Writing for HR magazine about the levy, KPMG's head of people Ann Brown said "mature" employers are linking apprenticeships to strategic workforce planning and "using the levy as a ring-fenced budget to address diversity, mobility and skills challenges".

"For companies just starting this journey the best advice we can give is to use the levy as an opportunity to look at your business and identify how bringing in apprentices can address your long-term skills and people needs," she added.

The levy will be introduced in April for employers in England with an annual payroll of more than £3 million. It equates to 0.5% of an employer's annual wage bill and will be paid through HMRC.

I’ve been discussing with HRD’s and CFO’s the levy and their subsequent plans around it. On the whole meetings have been productive but each company seems to fall into one of three camps. Camp 1- This is the ‘Denial Camp’ - This camp believed August 12th would never happen and that the levy will still be postponed. Camp 2 - This is the ‘Its too late to do anything now’ Camp - This camp is going to treat the levy like another ‘need to pay’ tax. They’ll do nothing and hope no one asks too many probing questions, meanwhile they’ll work out what to do for 2018. Camp 3 - This is the ‘I need to do something, but not sure what’ Camp - This camp is relying on training providers or industry bodies to come up with an off-the-shelf solution to bail them out. We demonstrated a simple way to re-frame the levy from an Apprenticeship tax, to a ‘learning and development’ opportunity. The process is quite simple. 1.Firstly, you identify your companies specific training needs. 2. You then construct a learning framework that matches the levy requirements and finally; 3. Decide what provider can best deliver the training. This puts you in control of the program, allows you to make the decisions that advantage the business, develops your people in a bespoke way and makes the levy work as a L&D investment rather than a cost, its something we'd recommend the third you talk of here start to look seriously at and will help.

Can I introduce a Camp 4 which is levy ready having mapped skills and workforce planning across our org., with every effort to spend as much of it as possible to upskill our workforce.

As with most companies in all 3 camps we already follow points 1 and 3 in the simple process and spend a significant budget on training the challenge in point 2 is understanding the levy requirements and trying to fit our already identified requirements into it.