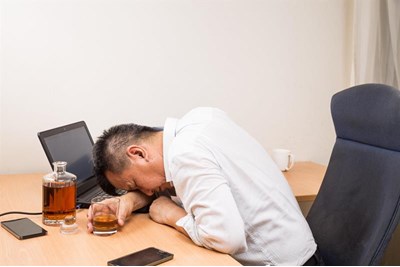 Nearly a third (29%) of employees say they have regretted their actions after drinking at work, according to research from Canada Life Group Insurance.

The percentage was even higher among those aged 25 to 34; 53% of this age group said they've regretted their conduct after having a drink with colleagues.

More than a quarter (28%) of UK employees have felt pressured into drinking alcohol at work. Men feel pressurised more often than women (32% of men compared to 22% of women).

The survey found that drinking with colleagues can increase overall consumption levels. A third (34%) of UK employees agreed they drink more with their work colleagues than they would normally, with this highest among men (38%) and those aged 25 to 34 (64%).

Paul Avis, marketing director of Canada Life Group, warned that both the short- and long-term effects of heavy drinking could be of concern to employers.

“Most of the time a casual drink with colleagues is harmless and can help boost employee morale and teamwork,” he said. “But when taken to the extreme this can lead to behaviour that might leave some feeling red-faced the next morning. A heavy workplace drinking culture could mean that some employees end up in this situation regularly, spelling bad news for their own career, organisational productivity and the HR department.

“Cancer is the biggest cause of all group risk claims and, while there are many contributing causes of cancer, alcohol consumption has been identified as a major one. Employee assistance programmes, such as those provided alongside most group income protection policies, are a great way of offering support for people who may find their drinking has become a problem. Support services such as these are confidential and free to use for employees.”

Guy Pink, chief executive at Addaction, told HR magazine that the responsibility for dealing with a workplace drinking culture does not lie solely in one department. "I don’t think this is just an HR issue, but a line management issue," he said. "Good supportive management should be able to support and address issues of excessive drinking or drug misuse. This should be backed up by clear organisational protocols and processes."