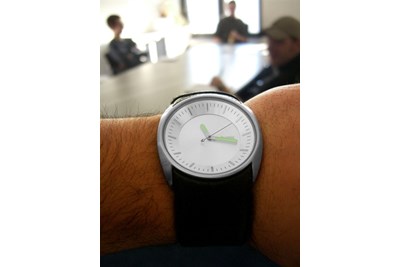 Senior executives are being poorly recruited and entered into UK organisations, often as a result of the business failing to work more closely with the HR function, according to research out today, from professional recruitment and executive search firm Harvey Nash.

More than one in three (39%) new executives find their start so bad they considered walking away from the organisation within the first three months. One in five executives feel they do not fit in well with the business once on board, as a result of incomplete and inaccurate information about the role and organisation at the recruitment stage.

Director of leadership services at Harvey Nash, Lucy McGee, said: "The HR directors we heard from in the research were not happy about the way the recruitment and onboarding process is handled for the most important and costly roles in the organisation.

"HR's role as custodian of an organisation's mission, vision and values is to work with its colleagues on the senior team to create an employee value proposition that everyone from the CEO downward feels comfortable with and can communicate effectively and consistently."

The research, Onboard and upwards: How an executive's first 90 days make or break the ones that follow was conducted among over 280 senior executives from FTSE 350 and large non-FTSE companies in the UK, who had all joined their organisation within the past year.

The research showed that the impact on a poor start is costly. Almost three-quarters (73%) are already saying that they plan to leave within three years and over a third (37%) plan to stay less than a year or are already seeking a new position elsewhere. Only a quarter (24%) believed their induction into the business was very useful and only half (49%) feel they can raise difficult issues with their chief executive or immediate boss.

The research also showed that executives frequently lack a means of measuring their own performance and contribution well into their tenure; just under half (46%) say their key performance indicators are not set and agreed within their first month and 32% complete their first 90 days with goals still not agreed, despite most having a great deal of contact with their direct line manager.

Mcgee said: "There's a cost to an organisation for every day a senior executive role remains inadequately filled, so managing their entry into the organisation gives a high return."

She added: "While the HR function sees how useful this key information can be, the rest of the business is failing to benefit from its full potential."

The research by Harvey Nash was conducted in August 2012 through online and telephone interviews. Some 38 of the interviewees were HR directors.